I first met Maria and Neville last night when walking through Central London. I was actually shocked they were on such a public street and were so visible. Their large white blankets they could be seen from far away!  We talked for a bit and I taped their story, and since I ran out of hand warmers, I promised I’d return.

I purposely got off the Victoria Station Tube today to connect with Maria and Neville. But today things were a lot different. Maria was visible shaken. Earlier, her wheelchair and her medications were stolen! My heart broke for her but I felt powerless. My network for help is in the U.S., not the UK. I did send out one “Hail Mary” tweet asking for help, but didn’t think anything would happen. 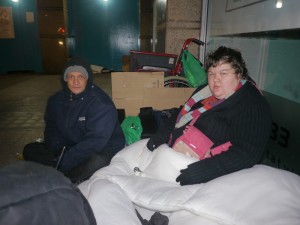 Maria and Neville the night before with wheelchair

I went back to my hotel and sent out a few emails to service providers requesting info on what services are available. Around the same time, people started to respond on Twitter. I received some contacts for help and some support numbers. Enough information that I felt was positive enough to head back out in the cold to see if they were still there. Being completely candid, because they were so visible in a public place, I thought for sure police would have noticed them. Police can often expedite services, so in this case, I was actually hoping that would happen. But a few hours later when I returned, the group of homeless people had grown, and not one outreach worker or service provider had connected with them.

Maria and Neville got in some trouble where they lived and came to London. Just like in the U.S. now, homeless charities and services are becoming more and more hyper-local. If you are from that postal code and can prove it you can get help. Otherwise, they send you back to where you are from. Since Maria and her husband cannot go back for safety reasons, they have no place to go and no support!

Yes, it wasn’t very smart for Maria to lend her wheelchair to someone to use for “begging”, and I’m sure there is a lot more to their story. But the point is – a woman who has severe mobility issues and is without resources like money is in desperate need of a wheelchair. Imagine not being able to move in freezing cold weather! Maria needs a wheelchair! 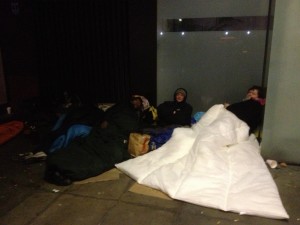 Not sure how no one saw them on this public street

Thanks to Twitter, a friend found the rough sleeper hotline for the Council they are camping in. I called the number and left the operator all the details. I was told that an outreach team from a local charity will be dispatched. I sure hope so. I really love that London has 24/7 hotlines for the public to report rough sleepers.

I have only been in London for 10 days or so. I am greatly impressed with how they deal with rough sleepers. I mean, in the States, at least in Los Angeles, there is no number to call for help and there is no support for someone like Maria to get a wheelchair. From what I have seen, I am a little taken that a very visible group of homeless people would be left sleeping rough.

I do hope an outreach team helps them tonight, but I do also understand helping people is often not that easy. Tomorrow I will go back and check on them. If they are still there, I will try and connect with faith-based groups and other services to get Maria the wheelchair she needs. 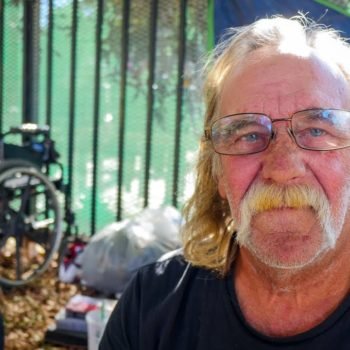 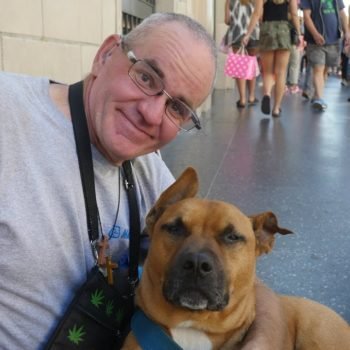