In 2008, Mark’s wife and daughter died, and shortly after he had a nervous breakdown. Mark then spent seven months in a hospital getting better. Mark then found out that no matter how legitimate a reason, that if you don’t show up to work or pay your bills for several months, you lose everything!

Mark then spent a year homeless. He got a job washing dishes at a deli and worked his way off the streets. Business slowed, and he ended back out on the streets again.

Mark says that this time around he still has faith in himself, but he has lost faith in the system. Mark encourages us all to stand together because he says it’s a human issue, not a homeless issue. Mark believes that we all should have the basic essentials of a house and food, and I could not agree more.

Mark is a kind and gentle soul. He is someone who has “slipped through the gaps of the safety net”, and should have never ended up on the streets. Sadly, I hear stories like his often. We must do better in mental health services and we most certainly need to keep people who are trying to get better from ending up on the streets, where many just get worse! 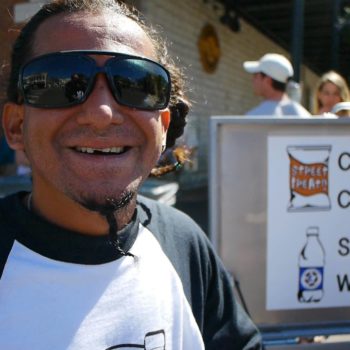 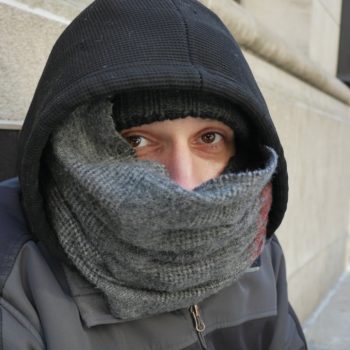