“It’s raining. You’re wet. You’re soaking. Shivering at night. People are dodgy. They’ll rob you. Take your stuff. Beat you up.” is how Mark describes homelessness.

I met Mark in an alley in central London on a rainy day. Mark says he has been homeless for 10 years. He says because he is not vulnerable there is no help. I am not an expert in people or homelessness, but after living 10 years on the streets I would consider Mark as vulnerable. Unfortunately, sometimes people like Mark slip through the “safety net”, and after years on the streets, people adapt to a life sleeping rough.

Mark holds up an anti-homeless sign he says was posted because of the Olympics. When I tweeted a still photo of the sign a few people responded that the town of Croyden is nowhere near the Olympics. I cannot validate the authenticity of the sign. But Mark believes it’s because of the Olympics, and all week rough sleepers I met talked about being pushed out of the city by police. What I can tell you is I highly doubt Mark had that sign made so I believe, Olympics or not, Mark found that anti-homeless sign posted. I always take every person at their word. Time and time again even the most outrageous stories have proven to be true. Besides, when I was homeless, would you have believed me when I told you I worked in television!

What’s important here is not a sign, but that a person is sleeping rough on the streets. We must address system failures so that no one has to sleep without adequate housing. 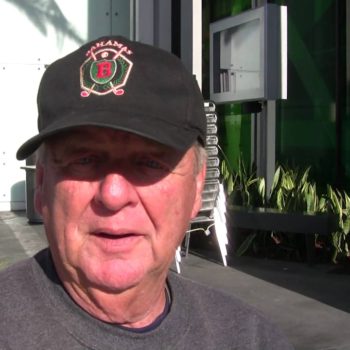 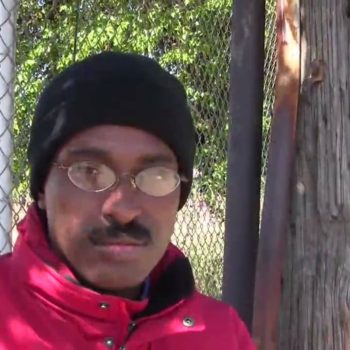