I am not sure even where to start describing this interview. The story of this homeless couple is both wonderful and troubling. My hope is you’ll see two homeless people who’s lives from a young age were filled with surviving disabilities, abuse, and uncertainty.  If we are ever going to end homelessness, we must fix families and how children are raised.

Matt and Sam are homeless in Harrisburg, Pennsylvania. Both are originally from Texas. After Matt aged out of foster care, he was sleeping in the woods on an abandoned couch. Matt enrolled himself in high school, which is amazing for any kid to put themselves through school while experiencing homelessness.

In his senior year, Matt went into a youth program he says helped him a lot, but then he started using drugs and get into trouble. Matt was kicked out back to the streets, which is where he met Sam. Matt then dropped out of school to get a job to help take care of Sam, who is autistic.

Sam left home to be with Matt. They say it was a high school love. When I asked for more details, Sam wasn’t living with family, and the situation wasn’t healthy. Sam says her mom loved drugs more than. her children and that her step-dad physically and sexually abused her.

SAM’S MOM SOLD HER TO HER BEST FRIEND WHEN SAM WAS FOUR! I put this in all caps because childhood abuse and childhood trauma play a significant role in how a person functions as an adult. It’s easy to point a finger at a homeless person judging them that their homelessness is their choice, but when you learn more about a person’s story, you’ll often find layers of childhood abuse and neglect.

Sam graduated from high school even while surviving homelessness and autism. I cannot stress enough how amazing this is. At fifteen, Sam was diagnosed with Asperger syndrome, which is a condition on the autism spectrum, with generally higher functioning.

The couple has been in and out of homeless shelters. At one point, they were kicked out of a Salvation Army shelter for not being able to pay the $7 a night, which is a homeless services model that is whacked. Some shelters now charge per night per bed. The only way people with no income can raise $7 a night is by panhandling or doing crimes.

Matt has been in and out of trouble. Last year Sam spent the winter outside alone while Matt was in jail. The couple also gave birth to children while homeless, who were put up for adoption.

The good news is that at the time of this interview, Sam was approved for Section 8 housing and Matt had positive feedback from an employer about a possible job.

CAUTION! Some content may be offensive. Our hope is you’ll get mad enough to do something…has been a disclaimer on our website since we started in 2008. Parts of Matt’s and Sam’s story may upset you, and it should. Well, then take action to fix families and help end homelessness 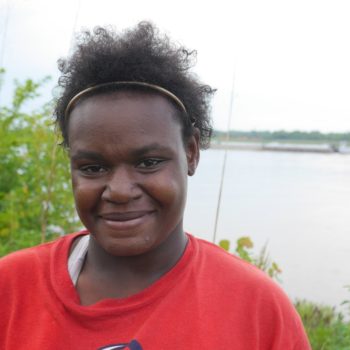 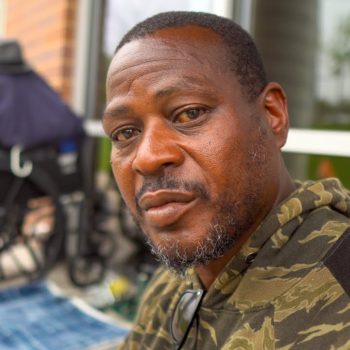