After interviewing dozens of homeless people from coast to coast, I’m often asked how I get people to share their story on camera. The answer? Socks.

No matter what city I traveled to, people were beyond thrilled when I opened my bag and gave them a fresh pair of socks. It was not only a great icebreaker but an often overlooked need of those I met on the streets. All of the socks for this tour were provided by Hanes.

Paul was no different. I met him in Tompkins Square Park in New York City’s East Village. Although he washes his feet as much as possible, Paul said he wears the same pair of socks every day. He said he must literally scrape them off his feet to remove them every day.

As I was talking to Paul, he was on the lookout for police so his friends could sleep. When the camera pans to show his friends on the ground I hope your heart breaks as much as mine. Paul says he thinks the police make it up as they go along. He says you can get arrested for “obstructing” a park bench, even if you are the only person on the bench.

As Paul was describing how life really is on the streets of New York City, I really related to what he was saying. It’s easy to almost forget who you are and wonder how you’ll ever get back to what you once were. I thought Paul’s first wish was illuminating: he wished he could start his life over again.

There are currently 2,175 homeless shelters listed in the Homeless Shelter Directory. Please: find one near you and help them help get people like Paul off the street.

A very special thanks to Hanes for their generous support. 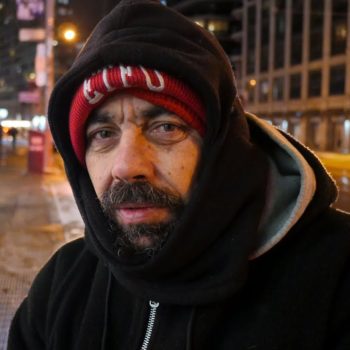 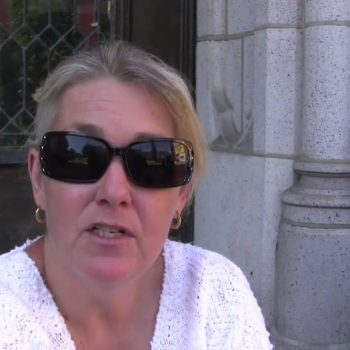