One of the things that just drives me crazy is the ignorance in system failure. Often, I’ll have a homeless friend who truly wants to get sober. We can place him or her in a drug and alcohol treatment program. But because there is little to no affordable housing, after the program their only option is homelessness. Homelessness is hard to do sober so they go back to drinking and using.

I almost didn’t approach Randal. Even to me, he didn’t look like a “street person”. Randal is homeless in Vancouver, British Columbia. He had a problem with drugs and sought help. But when the program ended, yup, you guessed it, he found the only option given was sleeping in a homeless shelter.

Randal is clean and sober a month and two weeks. He is looking for work. Right now his only income is panhandling, which he does to hopefully get enough to pay for an SRO (single room occupancy hotel).

Randal talks candidly about housing options in Vancouver. Sadly, and I have seen this all over, “landlords” are offering housing that is really not suitable for living while taking every penny from someone’s government assistance. There are cruel people trying to make a profit of those who have close to nothing and are vulnerable.

Randal is a young, educated person who just needs some help to get his life back. We must create jobs for people who want to work and we must create affordable housing. There is no other option. People like Randal should not have to live on the streets without housing. 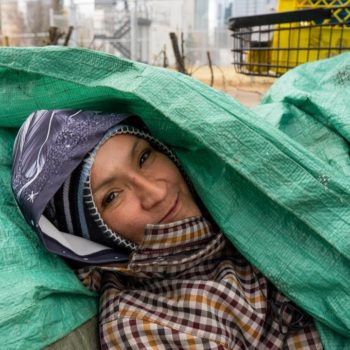 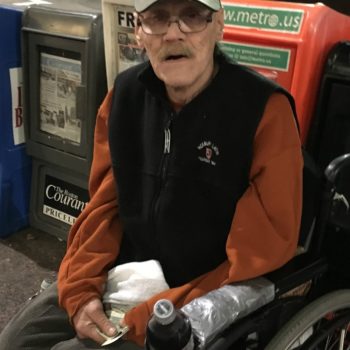