Whenever you think about homelessness and panhandling, you need to think of Robert. Please share this powerful story with everyone you know.

I was walking in Philadelphia at night and saw a sheet tacked to a wall and a wheelchair. Next to the wheelchair was a sign that read “Disabled, Homeless, Denied Disability! I assumed a person was sleeping on the other side of the sheet, but I have a rule never to wake anyone up. 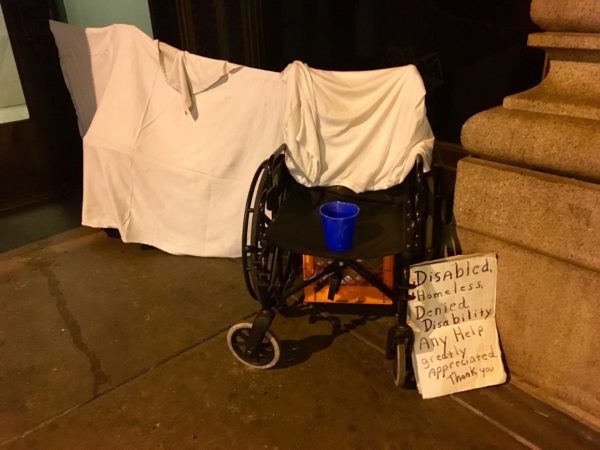 The moment messed me up. I generally do not share this type of photo, but this is the homelessness people don’t see but need to see!

The next day I just happened to see the sign again, but this time, Robert was in his wheelchair. A plastic cup was placed in his prosthetic leg to collect change from people as they passed by.

Robert was volunteering for Habitat for Humanity and fell off a roof. Someone moved a ladder and didn’t set it back right. The fall shattered both of Robert’s wrists, and he ended up losing a leg.

Robert has been on the streets homeless for a year now. During that time, he keeps getting denied disability benefits. He has found a lawyer to take his case, but the process takes time. Robert’s only means to survive is panhandling. He says begging is demeaning but he does not have another choice. 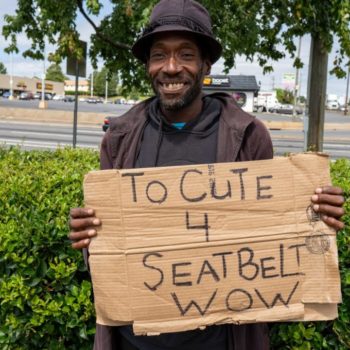