My heart broke when I read in the Los Angeles Times that Orange County workers will actively start enforcing public hours along the Santa Ana River Trail starting tomorrow. This means that the over 500 homeless people living in tents near Angel Stadium of Anaheim will be pushed on once again with nowhere else to go.

Sher says homelessness is a hard life. She says there are a lot of people that don’t like homeless people living along the Santa Ana River Trail. This past August, 11,000 Anaheim residents signed a petition to have the homeless camps cleared.

“We can be in the parks in your neighborhood, or we can be in the parks down here” is a powerful statement made my Sher in this interview. Homelessness is criminalized in 33 of the 34 cities in Orange County. Homeless people have migrated to this area in Anaheim literally because they have nowhere else to go, and now they are going to be forced to move! But to where?

This tent city is similar to any suburbian neighborhood except the big difference is people live in tents, and there are no bathrooms. She said the homeless community made a shower, but someone put a fence around the water making it unusable.

Sher tells the story that she once had a seizure and was down on the ground when a passing I bike rider yelled at her “get out of the way.” That pretty much sums up how much compassion Anaheim and Orange County has for people experiencing homelessness! Starting tomorrow, Sher and everyone else will be forced to move on with nowhere else to go! 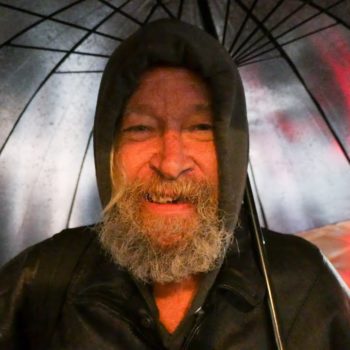 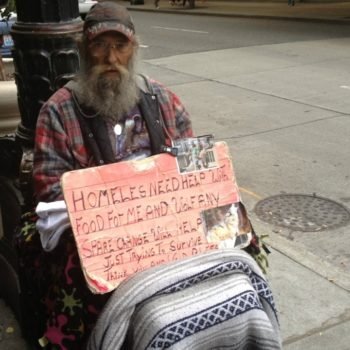