I want to make sure you hear this powerful statement Walter shared in this interview:

Walter grew up in the conservative midwest state of Missouri. Walter has strong political views, and he does not like Republicans. He feels that they don’t “give a damn.” Right or wrong, that’s what Walter believes. I try to stay away from politics, so I hope people watching this video will see past any politics and listen to what Walter has to say about mental illness and life on the streets living homeless in Venice Beach.

I have huge respect for Walter for having the courage to be open and honest about his mental illness. He was diagnosed with schizophrenia, multiple personality disorder and bipolar. Walter hears voices and sometimes talks to himself. He shares how people walk by him and say “he’s one of them…crazy.” Walter shares that mental illness can happen to anyone.

In Venice Beach and in many Los Angeles communities, police force homeless people to tear down their tents early in the morning and move to another area. The problem is, there is no place for homeless people to relocate to. It’s an endless Whack-a-mole game paid for by taxpayers. There is really only one way to stop this madness and that’s to get homeless people off the streets into housing.

Every single day Walter and his wife have to face the reality of homelessness. There are no days off. No vacation days. No personal leave. I cannot imagine how the stress of life on the streets affects his or anyone’s mental health.

Please watch this interview and listen to Walter’s story and how he survives with mental illness. Hear him speak with compassion on how we all need to speak up for other people who need our help. Then please take tangible action to help fight homelessness in your community. Housing people saves lives and saves taxpayer money! 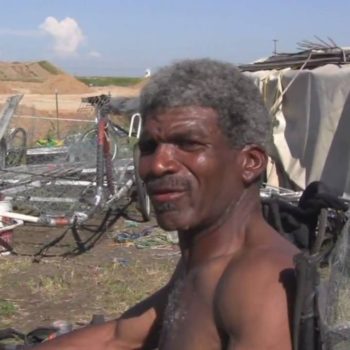 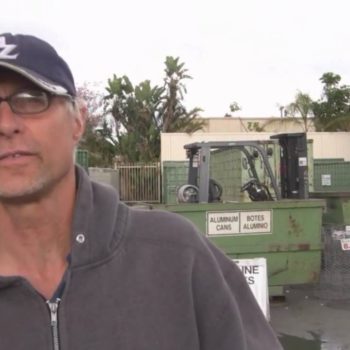