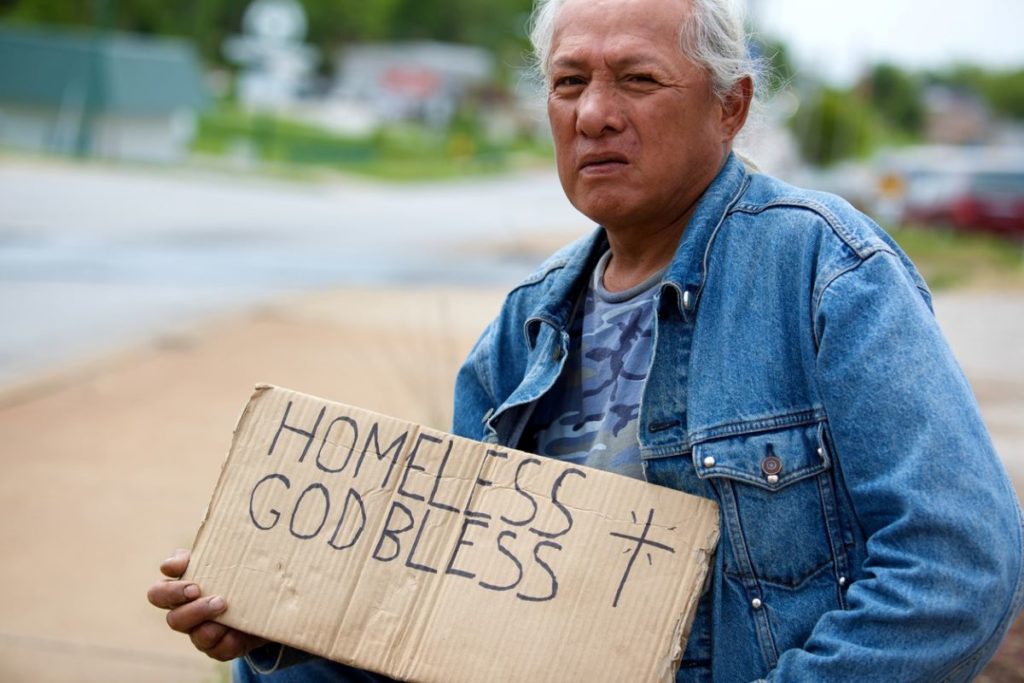 Homelessness can be a topic rife with sorrow and tragedy. Nearly just as often, however, tales of hope and healing arise. Human generosity and compassion may be more visible among tales of suffering than anywhere else. One such example is the story of the Franklin/Hiawatha Encampment in Minneapolis, Minnesota.

It was also known as the Wall of Forgotten Natives. The “wall” being referred to here is a concrete sound barrier, along which 200 tents were pitched. Located in the heart of Minneapolis’s Native American community, nearly all its residents were Indigenous. Dome tents covered in tarps, teepees and canopies formed a tent city three rows deep across a quarter-mile stretch of grass.

Native Americans are a marginalized group, facing disproportionate rates of poverty, substance abuse and violence. In Minnesota, they make up one percent of the population, yet they comprise eight percent of the state’s homeless population. This is the largest disparity of any group in the state.

Those living in urban areas, away from the reservations, face even greater hardship. Although tribal members receive per capita payments from their tribes, this is often the only connection urban Natives have with their tribes. Although $650 million is set aside for Native American housing grants from the Indian Health Service, this money cannot be invested outside of tribal trust lands. When there is significant turmoil among members of a particular tribe, they may as well be invisible to tribal government.

T.T., a woman living in the camp who did not wish to be identified for fear her children would be taken away, found herself among the camp’s residents. “This is the lowest I’ve ever been in my life,” she told a reporter for CityPages. She was rejected by landlords dozens of times for her family size and household income. When she was kicked out by her boyfriend, T.T.’s last resort was to move her three daughters, parents, disabled sister, and herself into the encampment.

Despite the embarrassment she felt at being a resident of the Franklin/Hiawatha Camp, T.T. also found herself moved to tears by the kindness she found there. She said, “I never imagined that so many people would make me feel so at home, on this curb. And that they would help, you know?”

For T.T., one example of the care shown by others came in the form of other residents rushing to her sister’s rescue when she was hit on by a drifter.

A Safer, but Temporary Existence

People were often safer at the camp than in shelters. It was easier to administer naloxone to those overdosing. People in the camp were more easily enrolled into drug and alcohol treatment programs. A group called Natives Against Heroin patrolled the camp, advocating for its residents and keeping them safe if danger arose.

In a surprising move for a city government, Minneapolis mayor Jacob Frey decided against evicting those living in the camp. “To simply push people out of the site without a better option for shelter and then ultimately for housing, we felt was against that value of compassion,” he told NPR.

Still, the bitter cold of Minnesota winters meant something needed to be done for the residents of the camp. That’s when the Red Lake Nation stepped in to help.

The Red Lake Reservation is about 300 miles north of Minneapolis. Sam Strong, Red Lake Tribal Secretary, took action on behalf of the residents of the Wall of Forgotten Natives. There is a high concentration of Red Lake band members in the Minneapolis area, and the tribe owned land near the encampment. Strong offered an acre of the tribe’s land to be used as a site for an emergency shelter.

His generous gift of land resulted in the entire population of the Franklin/Hiawatha Encampment gaining a safe, warm place to sleep. The shelter is called the Minneapolis Navigation Center. People do not need to be sober to seek shelter there, setting it apart from most city shelters. There are showers, plenty of storage for belongings, and no curfew. Residents may come and go as they wish. People can even bring their pets.

On December 21, the last residents of the camp moved into the Navigation Center. The Franklin/Hiawatha Encampment was closed without incident. Since Native-led efforts began in August 2018, 119 people have been placed in housing, over 100 have been sheltered, and 163 have found temporary placement at the Navigation Center. Strong plans to keep this momentum going by building an affordable housing complex this summer.

What Can We Learn from Minneapolis?

Several factors make the story of the Wall of Forgotten Natives unique. The relationship between reservation- and urban-dwelling Native Americans has often been a tense one. This movement represents two often-opposing forces coming together for the welfare of people in need.

The help residents of the encampment found did not come anonymously. Instead it came from within their own Native American community. Not only was the Navigation Center championed by a Native leader, but numerous other resources for people in the camp were helmed by Natives, too. This kind of community response to an internal problem is personal, intimate. It displays a kind of genuine compassion that can be hard to find.

The story of the Wall of Forgotten Natives is inspiring. It is a collection of people brought together by a common cause. There may not have been a happy ending had not so many individuals and entities—from the mayor of Minneapolis to volunteers picking up trash and residents keeping an eye out for each other—come together.

It begs the question: what if we learned from the example set by the Franklin/Hiawatha Encampment and re-created it in other homeless camps? There are certainly many more across the country, all with the same potential. Perhaps it would mean paying attention to what unites us rather than separates us. It would mean recognizing our shared humanity and seeing ourselves in the faces of those we drive past on the street. 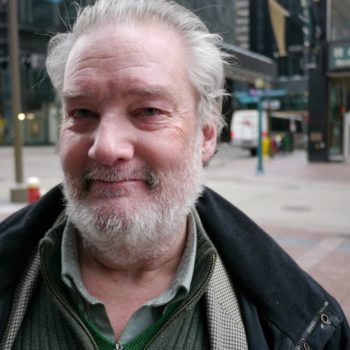