What Does it Mean to ‘Look Homeless’? 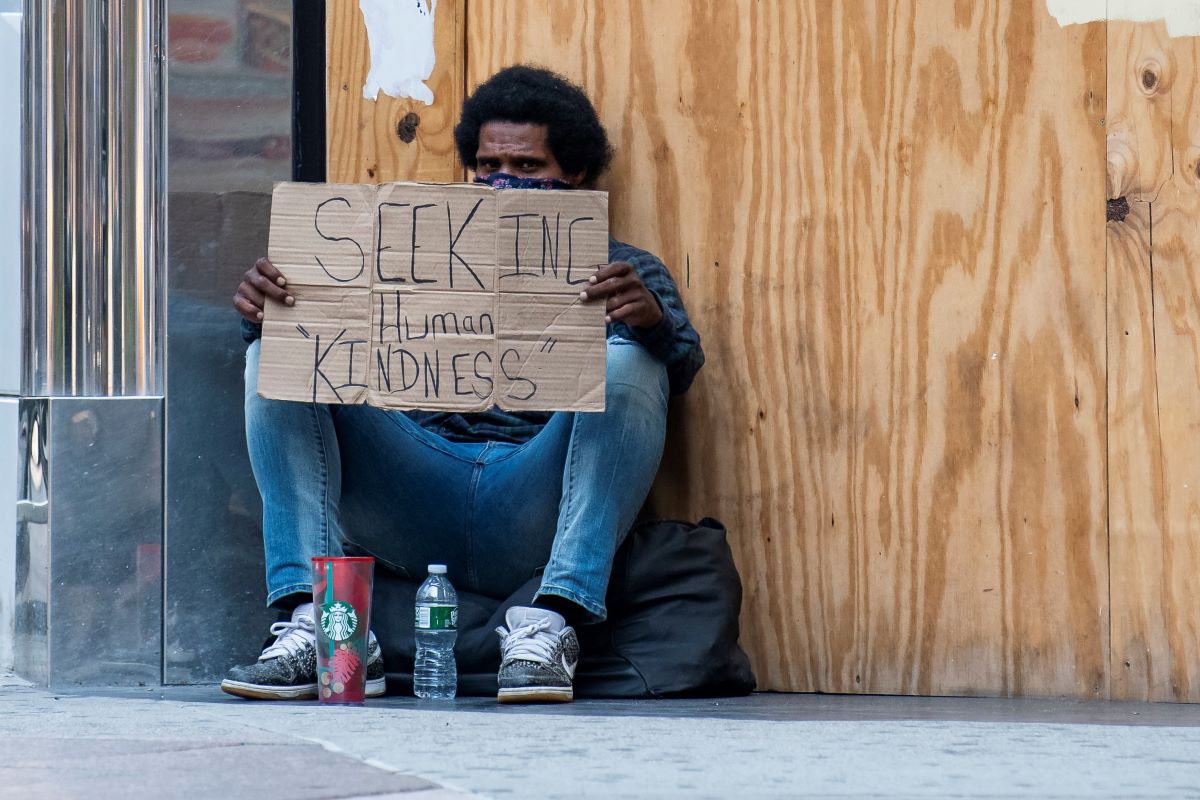 Homelessness does not look the same on everyone. It isn’t a coat or a shoe or a one-size-fits-all ensemble. You don’t get a name tag when you lose your home in the wake of a catastrophic event. All you get is a bad name and a stereotypical image that coincides with it.

On any given night, at least half a million people wander the streets of our nation with no stable place to reside. They’re difficult to identify. Their struggle tends to happen in the shadows.

Even when we witness such people in person, we often cast them to the darkest corners of our minds to evade a truth too difficult to swallow. This is why we call them the “Invisible People.”

Even when in plain sight, many members of the unhoused community shuffle by unseen. This is a problem. Not only is it a moral dilemma, but this invisibility presents physical barriers to policies that could effectively reduce homelessness, perhaps even eliminate it altogether.

Why Visibility is so Important to Influencing Positive Change

The first step in rectifying a situation is always identifying and acknowledging the problem. This is true regardless of the issue, be it moral, financial, personal, or systemic. You cannot solve the problem you can’t see, especially if you intentionally turn a blind eye, as is the case with homelessness.

We don’t see homelessness because we choose not to. When we do see homelessness, we subliminally shape it to fit the image that already exists within our minds. We think this kind of labeling is harmless. After all, it is only happening in our heads. The shocking truth, however, is that public perception gravely influences policies related to homelessness.

In other words, your negative thoughts don’t just become an attitude. They eventually become the law.

Let’s take, for example, the infamous PIT count, the measure the U.S. Department of Housing and Urban Development uses to quantify homelessness.

You might have noticed that whenever you research the number of homeless people in America, you encounter a sentence that starts with “On any given night”. This is because the PIT count (short for Point in Time Count) only measures homelessness as it appears during a single point in time.

According to Homeless Law, a staff comprised mostly of volunteers conducts the count. These volunteers scan city streets in places where homelessness is notoriously rampant, and purportedly, they “count” the number of homeless people they see.

This strategy is imprecise for several reasons. It fails to find homeless people in places we might not expect, like sofas, parking lots, and even prison cells. Worse still, it requires the volunteers to identify homeless people based solely on stereotypical visual cues.

In other words, if a person doesn’t “look homeless” in the eyes of a PIT counter, they simply go uncounted, much to the detriment of the whole community. A sweeping example is that school records reflect significantly higher rates of child homelessness than PIT counts do.

According to the National Center for Homeless Education, millions of children are homeless each year. That number is spiking as family homeless continues to skyrocket nationwide. Yet, PIT counts do not reflect millions of homeless children. In turn, national policies fail to address the crisis of child homelessness at all.

Experts suggest the most probable reason for this is that homeless children are often doubled-up or living in hotels. Therefore, they are less visible than someone sleeping on a street corner.

But there is yet another probable possibility.

Since our policies are based almost entirely on PIT counts, which require individuals to “look homeless” to be counted, this means that looking stereotypically homeless will equate to more political aid.

However, that is only the beginning. If we’re really honest with ourselves, we place this same stereotypical standard on people who approach us in their time of need. If a person with clean clothes, a cellphone, and newer shoes asks for a dollar stating they are houseless, we are much less likely to give them that dollar. Even if they look a bit disheveled, we will socially penalize them for not looking homeless enough to fit our social standard.

This is a kind of poverty shaming. We tell people how to be poor without really knowing their situation.

Finding unhoused people who fit into our stereotypical image might temporarily satiate our psyches, falsely assuring us that homelessness is a them problem that could never befall one of us. However, the truth is that this will only cause more homelessness in the long run, as we fail to address the actual depth of the crisis at hand.

There is no one way to look homeless. Indeed, this very imagery is a double-edged sword.

If an unhoused person were to attend a job interview looking the way many of us expect homeless people to appear, they might get your dollar but lose that job opportunity. If an unhoused family were to appear before a social worker looking disheveled and unkempt, they might lose their children rather than gain housing.

Being homeless isn’t a look. It isn’t a lifestyle. It results from a failed social system wreaking havoc on an ever-shrinking lower and middle-class.

For more than a million school-aged children, homelessness is an obstacle between them and their diplomas. For tens of thousands of U.S. veterans, homelessness is the post-war battlefield they never expected.

Homelessness is where hard-laboring minimum-wage workers hang their aprons after a long work day. Homelessness is the secret countless millennial college graduates have stored in their parent’s basements, in crawlspaces once reserved for diaries and dreams.

In communities of color, homelessness looks like generational oppression, a byproduct of colonization seeping through the seams. And for the 65 and over crowd, homelessness replaces a retirement home, a final destination too grave to fathom.

Many people have committed to an ideal image of what homelessness should look like. They have never realized the harmful ways that expectation impacts communities, creating, among other things, unique barriers to visibility within the homeless community.

In truth, in a society as technologically advanced as ours, homelessness shouldn’t look like anything. It’s not supposed to exist.

Contact your local representatives. Urge them to draft laws that prevent and protect people from homelessness, no matter what they look like.