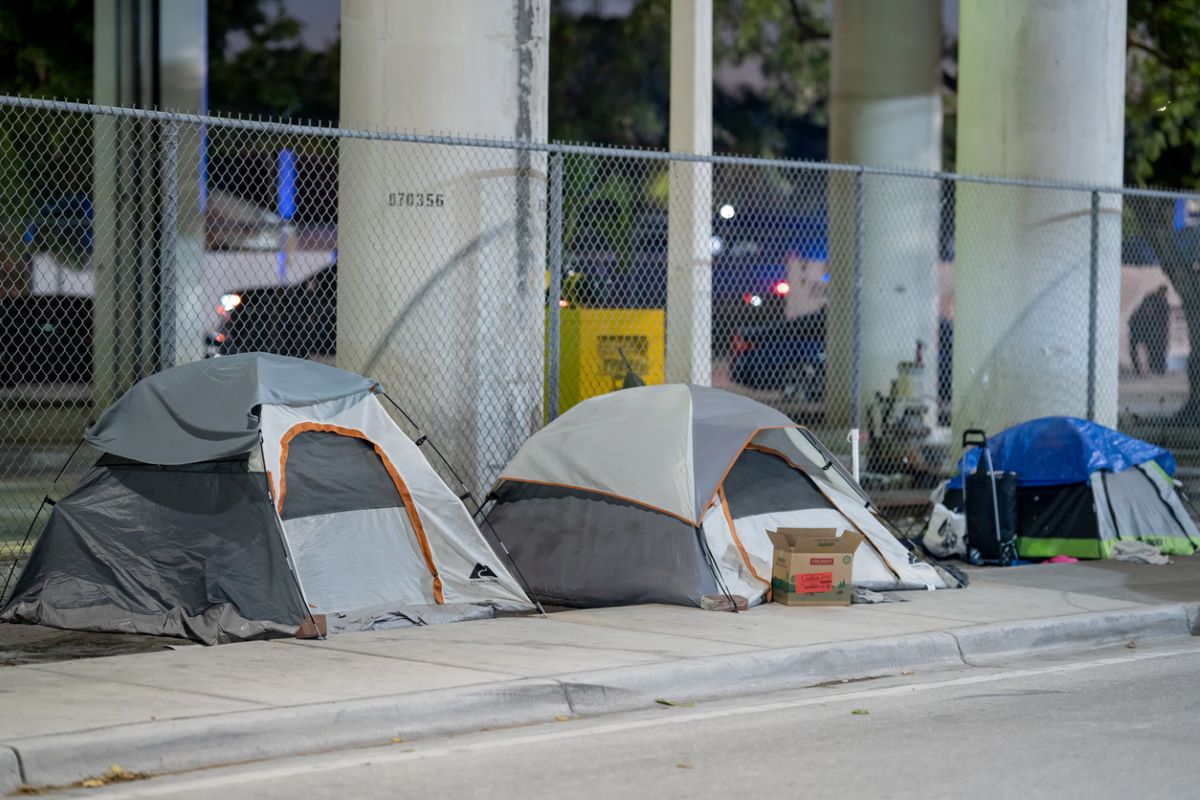 There is certainly no shortage of stories in the media about homeless youths breaking into the big leagues and becoming multi-million-dollar professional athletes. Overcoming homelessness by any means is admirable. Statistically speaking, it is rare. There is certainly room on the roster for accolades and stories depicting formerly homeless stars who rose to the top after being cast to the very bottom of the social ladder.

However, like most stories, there is a side to this phenomenon the public doesn’t hear.

Did you know that many former athletes have sunken into homelessness despite their near-superhuman feats on the courts and the fields? There is much to be said about people based on how they treat their celebs, which is why these stories deserve a spot on the lineup.

Homelessness Can Happen to Anyone, Even Former Professional Athletes

NFL linebacker Terry Tautolo gave nine seasons of his life to the game. The former Super Bowl champ, who played alongside legends Joe Montana and Ricky Patton, can be seen discussing his on-again-off-again bout with homelessness on GQ Sports YouTube channel.

A star in his own right, Tautolo became one of the first Samoans to be drafted into the NFL. His stint with superstardom would be marred by a string of concussions that would eventually drive him into early retirement. Behind him was his football career. Before him was a path of broken marriages and a hard-to-kick methamphetamine addiction.

Friends, family, and advocates suspect that Terry’s many concussions on the playing field caused irreparable brain damage. In the end, the highly-regarded ball player would go from signing autographs to residing under a freeway, the tunnel he lived in serving as both a metaphor and an obstacle.

“It does feel like my husband was taken away from me,” his ex-wife explains, a sorrowful look crossing her face.

CBS News tracked down the star in 2014 and revealed that he was living sober in a Santa Monica recovery house surrounded by family and friends.

Sadly, other athletes are still struggling.

Former Celtics point guard Delonte West was videotaped shirtless, handcuffed, and clearly distraught on the side of the road. His basketball track record is well-known to just about everyone … except him. After a long battle with mental health and homelessness, the eight-season NBA star stated, “sometimes I forget I even played basketball.”

Numerous heartbreaking videos of West have surfaced throughout his seemingly chronic homelessness. In them, he appears as a mere shadow of himself.

According to the New York Post, he was spotted wandering through a parking lot in Houston, looking lost. When an onlooker approached him, asking if he was really Delonte West, his response was simply, “I used to be.”

We may pedestalize our athletes to Herculean proportions. But at the end of the day, they are just as human as the rest of us. Like most other humans who fall into homelessness, the reason these stars wind up on the streets differs from person to person. Some stories involve physical trauma like concussions or emotional illnesses like mental health trials or addiction.

But that is not always the case.

For example, former Olympic cyclist and six-time world championship winner Rebecca Twigg became homeless while sober. She claims her mental health is in perfect order. However, she’s confused and frustrated about forging a new career path. She struggles to find a job that aligns with her skills, pays the bills, and prevents her from bouncing around.

The cycling phenom left the Olympics at the top of her game only to find that the real world seemed to have no place that fit her. She bounces from couches and Seattle-based shelters to vehicular homelessness and unsheltered slumber, always uncertain where she will end up.

In a candid interview with the Seattle Times, Twigg expressed her grief for others, urging the public to present more solutions to homelessness.

“The point is not so much that I need help. It’s that there are a bunch of people who need help — 12,000 in this area, half a million in the country,” she said. “Help should be provided for everybody, not just a few.”

The More Things Stay the Same

In the 3rd Century BCE, extreme sports participants known as gladiators were a walking paradox to behold. They were revered and reviled, loved and hated, pedestalized, and then ruthlessly dethroned. Many were forced into death matches or battered to the point of annihilation.

We like to believe our modern-day sporting arenas are different and more humane. We like to pretend there’s no such thing as gladiators anymore. But in our hearts, we must admit there are more stories of celebrities falling into homelessness than superstars escaping it.

Shouldn’t it be the other way around?

You can tell a lot about a society by the way they treat their celebrities and their most vulnerable members. The above-listed narratives speak volumes for both.

From NFL and NBA players to former Olympians, athletes who spent their prime years entertaining the masses have still ended up on the streets. This further proves that homelessness can happen to anyone, even your personal heroes. Talk to your local representatives about changing that fact today by making housing a human right.