When Hate and Scapegoating Get Normalized 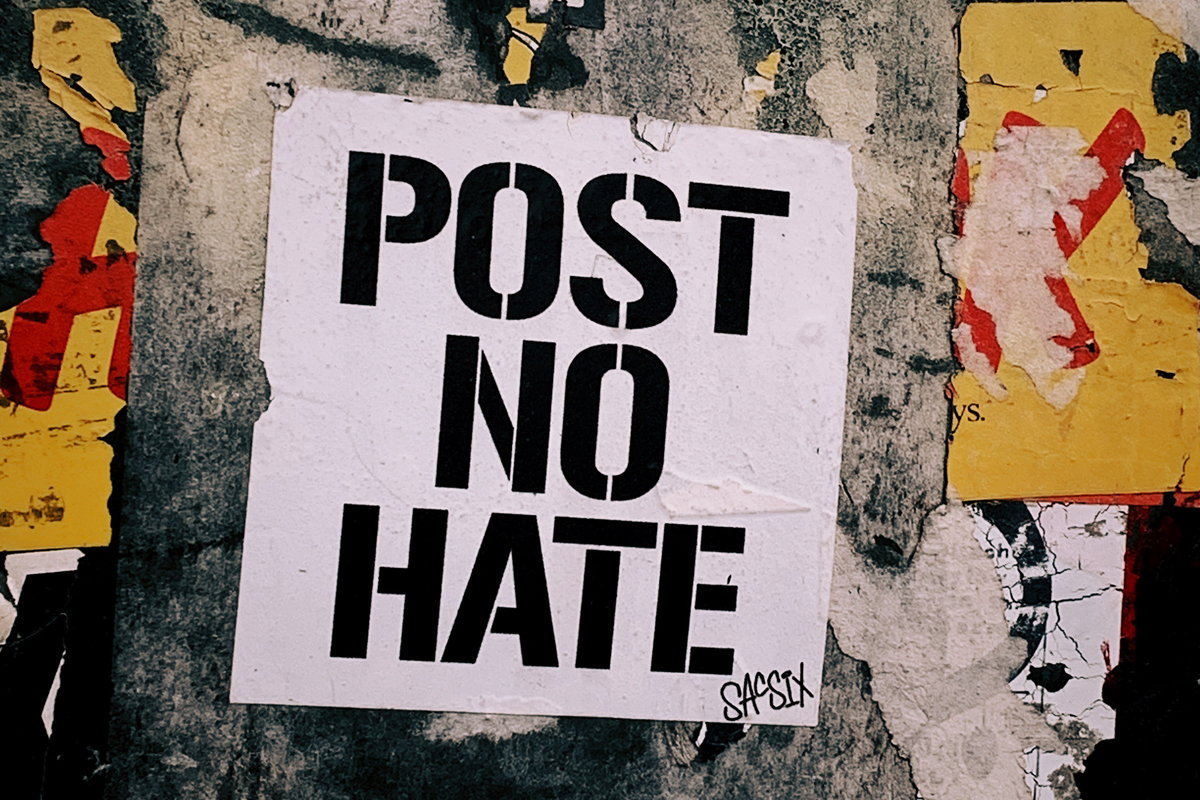 Hateful, stigmatizing rhetoric fills our political discourse and social media feeds and rears its ugly head at political rallies and everyday interactions as it is normalized by national leaders. Immigrants, people of color, LGBTQ people and others who do not fit the nostalgic “Make America Great Again” vision are fearful and subject to hate speech, discrimination and violence.

Another group of people increasingly facing this hate and violence are those who do not have a home, our neighbors living on the streets, in canyons, vehicles and shelters. People vent openly on social media with language like this:

The homeless here are BUMS. It’s a lifestyle choice. They are drug addicts and Thieves. They chose this life! They like it!

People are using more than words too, with brazen violence on the rise. Freddie, the victim of a firecracker attack that blew a hole in his tent in the Echo Park neighborhood of Los Angeles, is clear on the motivation:

The violence against people experiencing homelessness extends well beyond the urban core, even to residential suburban neighborhoods:

In Los Angeles’s San Fernando Valley, homeless people living in an encampment in Chatsworth have had rocks thrown at them from cars, have had insults yelled at them and have been pepper-sprayed.

~’As Homelessness Surges in California, So Does a Backlash’, New York Times, October 21, 2019

A permanent supportive housing development in Chatsworth was recently approved for funding from the LA City Council. This would be the first Proposition HHH-funded supportive housing project in City Council District 12. Last night I went to a community meeting on the project, both as a proponent of supportive housing who has seen how it transforms lives and a 15-year resident of this community. What I saw, heard and experienced confirmed how hateful speech is being normalized even at the community level. 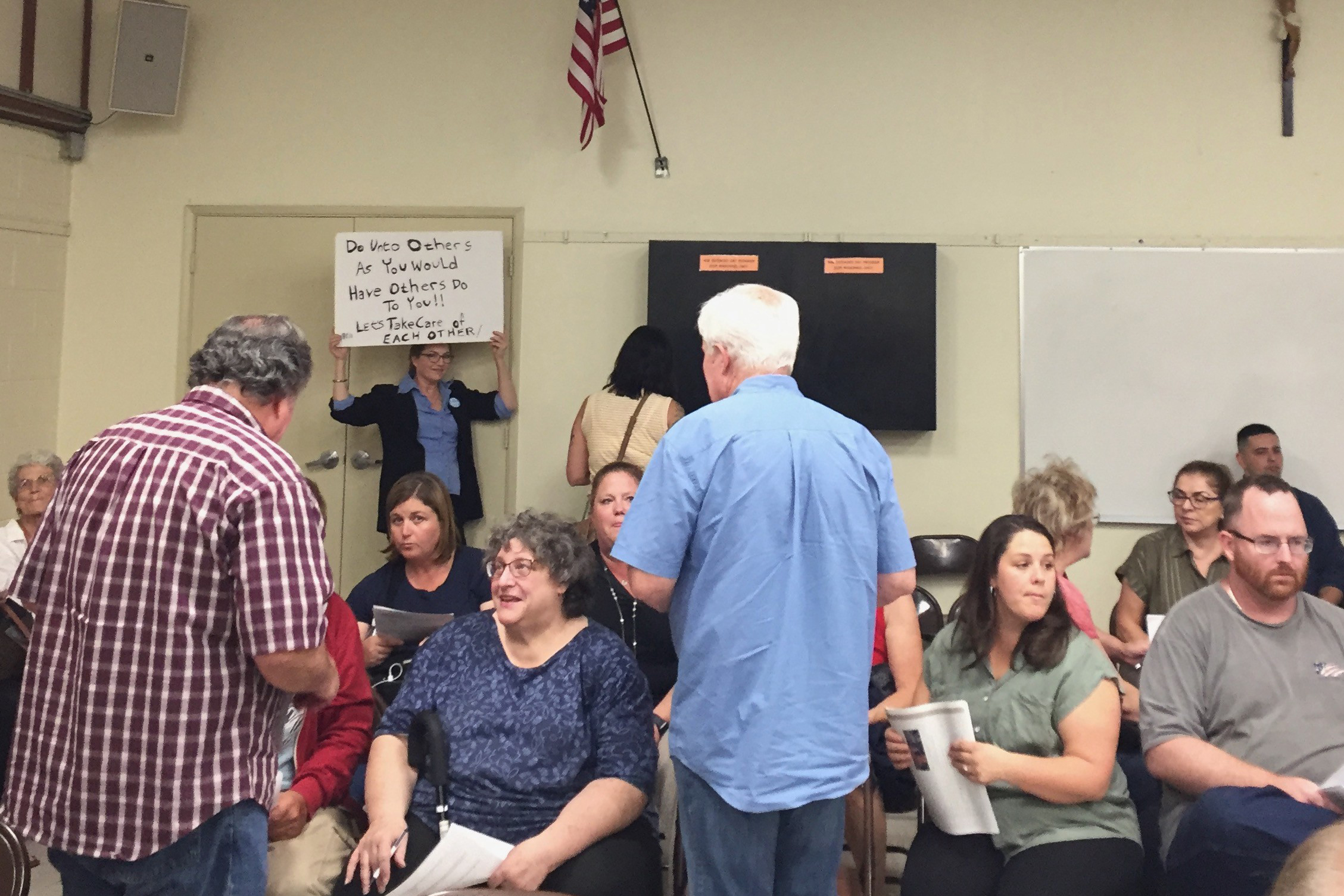 The meeting was held at a local church and called by the developer of the project, Affirmed Housing. So many people showed up (estimated at 500) that the meeting had to be moved from a hall to the church sanctuary. Sensing the tension in the room, parish priest Father Ayotte, who was moderating the meeting, implored attendees to be respectful and remember that the space they were in was designed for prayer, not meetings.

He began with a prayer and offered the church as “a space for real listening.”

With the change of location and time constraints, Fr. Ayotte explained that the meeting format would be a 15-minute overview of the project from Affirmed Housing, followed by questions from the audience for about 15 minutes. He invited Cristina Martinez, the project manager from Affirmed Housing, up to the podium. But before she could speak, the local City Council rep, John Lee, inserted himself up to provide some initial comments. He reminded people the project is not a done deal and that he wants community concerns addressed, including his assertion that it is out of scale with the local neighborhood and doesn’t have enough parking.

Ms. Martinez then proceeded with her remarks, providing background on Affirmed Housing and other project partners like supportive service provider Homeless Health Care Los Angeles and an overview of the project. She did her best to preempt community concerns and conceded that they are willing to scale down from the current plan of 63 units and 6 floors. She also said she would be reading all of the surveys submitted by attendees and committed to answering questions submitted by email. The audience was generally respectful during the presentation, save some hisses and groans, as they had been warned that police would remove people being disruptive.

As the session moved into questions, it became less respectful and dozens of hands shot up hoping to say their piece.

There were very few honest questions, as most were loaded with stereotypical and stigmatizing language (e.g. about mental illness and drug addiction, asking how children at the nearby school will be kept safe) and the crowd became more unruly. When the priest tried to close the meeting with a prayer, a man stood up and angrily shouted “Save your prayer, this is unfair!,” clearly not respecting the call to listening and dialogue.

Hundreds of people lingered after the meeting and huddled in groups and confronted the councilman and representatives from Everyone In, which advocates for supportive housing. A couple men circled around, yelling “You’re not welcome here! Nobody wants you here!” A woman told me she felt unsafe. Later that evening, on a community website I saw misogynistic language directed toward one of the presenters.

Today, I couldn’t help but think about how hateful rhetoric like lock her up, send her back, and build the wall have normalized the disrespect and hatefulness I had witnessed.

I fear for the state of our society if it is allowed to continue to breed and fester. As the national rhetoric has trickled down to the community level, perhaps our only hope is to create the environments and structures at the local level for honest, respectful listening and dialogue so that it “trickles up.” 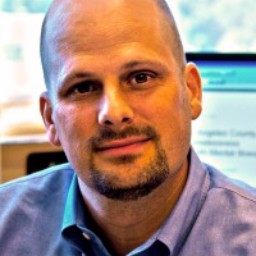 Social equity advocate and collaborative leader who has worked in the nonprofit sector in Los Angeles for more than 25 years. 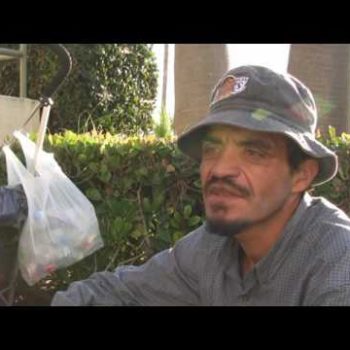