Why Do People Choose to Be Homeless? 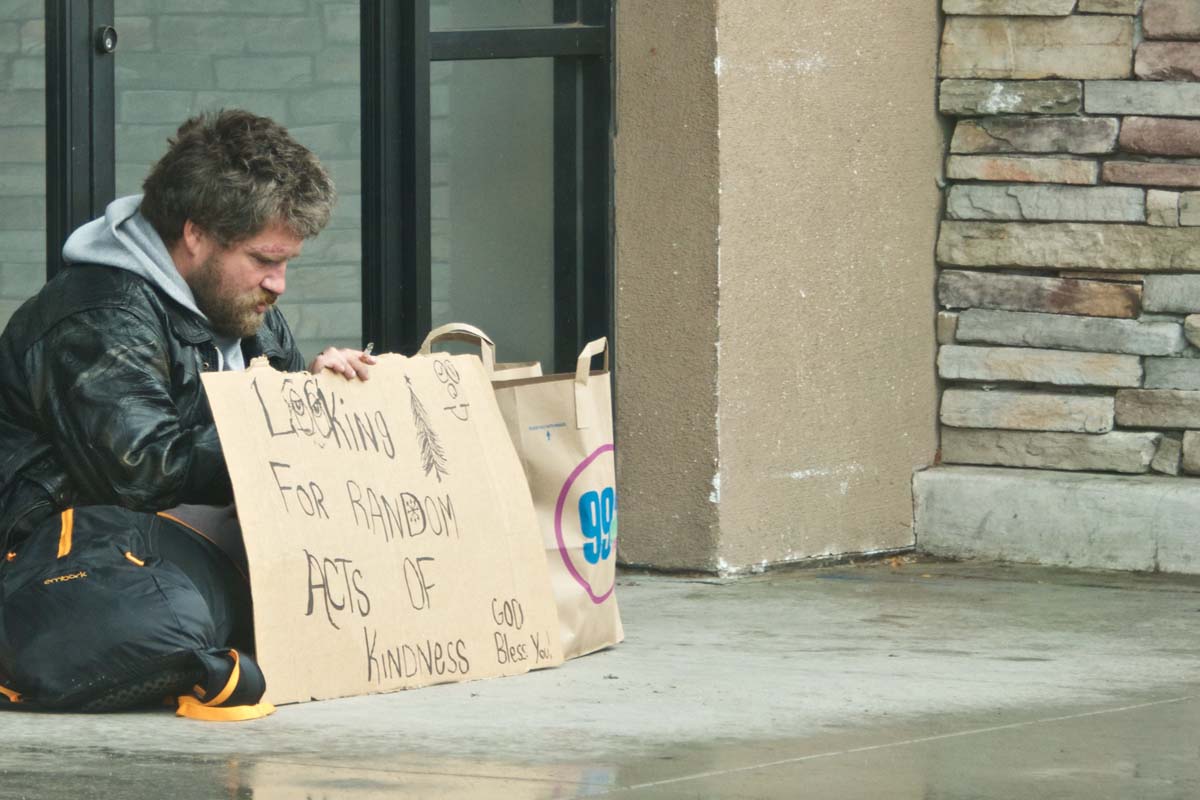 We see and hear about homeless shelters, and other places that offer help for homeless people, all the time. We might be able to think of 50 people we could call to take us in if worse came to worst and we became homeless. It begs the question of why, if there is so much help out there, do people sleep on the street? It may even cause us to wonder if there’s an element of choice in their lifestyle. We wonder if there must be something about homeless life people enjoy.

There are a couple major problems with this thinking. First, it’s ridiculous. Who would choose to:

No one would want this. It’s that simple.

Second, if you can somehow believe that anyone would choose the conditions described above, you can draw a mental line between yourself and them. You can’t understand it, so you don’t have to empathize. You’re free from having to feel their pain. It’s a lot easier on your conscience when you can walk past a homeless camp, see someone thin, dirty, and frail, and shrug and say, “Their choice.”

Shelters can offer temporary relief from the harsh conditions of homeless life, but they can also pose risks and dangers. Some do choose to sleep rough rather than sleep in a shelter.

But people do NOT choose to be homeless.

What About the Shelters?

For someone who’s never lived homelessness, you might have an idealized perception of the average homeless shelter. You walk in from a cold street and are given a warm bed, a place to store your belongings, and a hot meal. There may even be other services, like health care or case management. When you’re done at the shelter, you go directly into your new apartment and are never touched by homelessness again.

Of course, this isn’t usually the case. Some shelters offer rapid re-housing and transitional living programs, and outcomes are generally better for these types of shelters. However, one study found that among participants in these programs, 38% returned to the shelter within one year of program completion. Those without support from friends and family were much more likely to return.

What’s more, staying in a shelter can be dangerous. It’s especially risky for the following groups:

Shelters can be dirty, neglectful, or even abusive of guests. Other things to contend with are lack of privacy, risk of theft, and the loss of freedom that come with staying in shelters.

This isn’t to say all shelters are bad. There are some great ones who truly help homeless people succeed and heal. Not every city has such a shelter, though. Homeless people aren’t likely to have options. When there are such grave risks of going to a shelter, it’s no wonder many prefer to choose where they sleep that night, even if it’s under the sky.

Homelessness Can Happen to Anyone

It doesn’t discriminate. Homelessness can truly happen to anyone, and no amount of mental separation can protect us from this fact.

Poverty places people at an increased risk for homelessness, but you don’t even need to be poor to become homeless. Natural disasters and house fires happen to the rich and poor, and no one enters a relationship expecting to have to escape from violence. Homelessness can follow you from childhood, if you were unlucky enough to be born to abusive parents.

There’s plenty of information out there on the number of ways people can become homeless. You won’t find “personal preference” listed among them. Even without up-close perspective, you can look at the above list of conditions homeless people suffer and understand how miserable that life is. You don’t need to try to understand why someone would choose to be homeless, because they don’t.

Empathy Sets the Foundation for Change

If that homeless person you pass could just as easily be your friend or family member, try treating them like one and see what happens. Make eye contact, ask them questions, and treat them with respect and dignity. If you were to do this, you’d find your assumptions about choice collapse quickly.

Solving the enormous, complex problem of homelessness won’t happen quickly, and it certainly won’t be easy. But if we could all see the humanity in people who are suffering and eliminate the myth that homelessness is a choice, that’ll at least set the foundation.

The best thing you can do for your homeless neighbors is try to put yourself in their shoes. Obviously, you are not them; you might have people and resources to help in tough times when they do not. Often when we try to put ourselves in others’ shoes, we unconsciously assume we would still have our resources, lifelines, and ways of reasoning.

Try to really empathize. What if, like that person you see on the street, you had no living family? What if you’d been abused, rejected, and refused help your whole life? No one chooses misery and suffering, but for too many, it’s all they know.