Why Don’t Homeless People Just Go Home to Their Family? 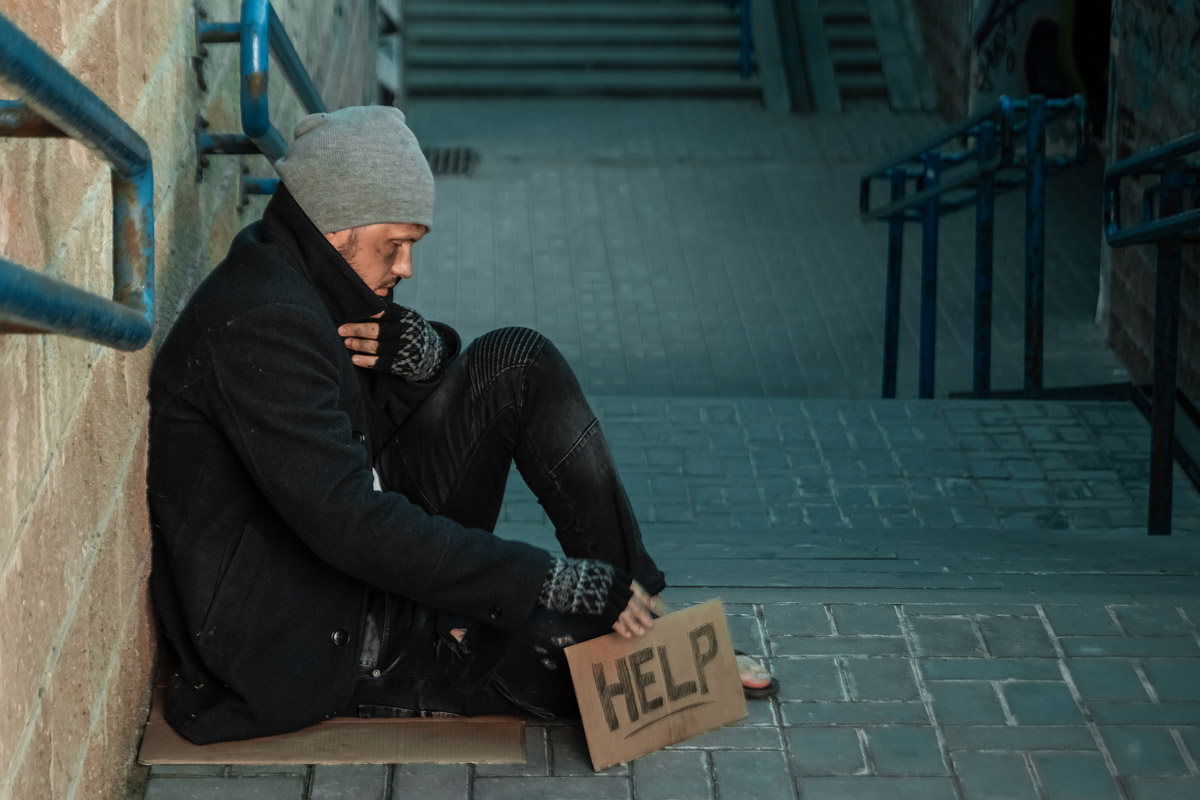 It’s common to see a homeless person on the street and wonder why they aren’t living with their family. Surely they must have a support system; after all, we all come from somewhere. If worse came to worst, couldn’t we just go back, even though it might be embarrassing? It’s like a knee-jerk reaction: “If that were me, I’d live with a family member before it ever came to that.”

This thinking leads to one of the most prevalent stereotypes about homeless people: that they choose to be homeless. However, there are many valid reasons for choosing shelters and even the streets over home—if there is a home at all.

Here are a few that shed light on not only what it’s like to be homeless, but how someone gets there as well.

Never Had a Family

Returning home is impossible if you’ve never truly had one. This could happen if you were orphaned or removed from your parent’s home at a young age. About 20,000 youth age out of the foster care system each year in the U.S. Many of these youth will go on to struggle with homelessness, if they haven’t already, due to challenges they faced growing up.

Growing up without a family alters one’s mindset as well. For example, even if a former foster youth does have family to turn to, relying on themselves probably comes naturally and may even be preferable. If you’ve been abused or neglected by the people who were supposed to shelter and care for you, there’s comfort in depending only on yourself.

Family Members Have Died or Don’t Have Homes Themselves

Many homeless people are elderly. Perhaps their parents were a major part of their support system, and have now passed on. The same could be true of siblings and other relatives. Sadly, some homeless people are old enough to have watched most of their safety net pass away. They find themselves with less and less supports to reach out to, much less live with.

Others may have living parents, but they’re in institutions like assisted living facilities. Because generational poverty is so prevalent, their parents may be homeless, too. Or they may have somewhere to sleep, but are unable to have guests; for example, they’re renting, or sharing space with others.

There are many situations that would cause a homeless person to lose contact with their family. They could have been released from a long stay in an institution, such as prison or a rehab facility. Upon being discharged, their families may have changed addresses or phone numbers.

They also may not have a method of contacting them. Homeless people aren’t likely to have cell phones, or if they do, they may not be able to have it consistently charged and connected to service. This is equally frustrating and worrisome for the families of homeless people, who may want to help but can’t.

NAMI has a resource sheet for what to do if you have a homeless relative whom you are trying to find.

Not Welcome at Home

People may become homeless because they were kicked out of their home. This happens often, and for many different reasons. Here are a few of the most common:

Being LGBTQ. Parents often reject their children when they come out as LGBTQ. This could be due to religious beliefs or a desire to please their partner. It doesn’t just happen to youth, either. If an LGBTQ adult on the verge of homelessness has family who disapprove of their sexuality, the family could turn a blind eye.

Using Drugs or Alcohol. Family could refuse to help a relative with a known substance abuse problem. Fear of enabling, being stolen from, having property vandalized, or other fears make them hesitant to help. It’s possible the homeless person has broken their trust before, and memories of being hurt keep relatives from opening their homes again. Unfortunately, these fears can persist for a long time – even after the homeless person has achieved sobriety.

Being Mentally Unstable. It’s estimated almost half of homeless people in the U.S. have a mental health diagnoses, and 25% have a serious mental illness. Depression, bipolar disorder, and schizophrenia are among the most common. These conditions need to be managed through medication and therapy – resources homeless people almost certainly don’t have access to. Family members may fear for their safety and their property. They may also fear that the homeless person will become dependent on their help and not leave.

More Danger at Home than on the Street

Sometimes a person becomes homeless because they’re safer on the streets than with family. Though it’s difficult to imagine, the streets can offer relief and safety when they’re a means of escaping abuse. This is often the case in domestic violence situations. There’s little data available on domestic violence survivors, but as of 2016, an estimated 41,000 people fleeing domestic violence stayed in a shelter or housing program each day.

Survivors of domestic violence generally have few friends and are often alienated from their family. This is because abusive partners exert control by isolating their partners from their support system. Cutting a victim off from family and friends means they have no one to escape to, and thus stay in the relationship. When they are finally able to escape, the streets and homeless shelters are their only refuge.

By better understanding the many reasons homeless people have for not simply going home, we can be more compassionate. Homeless people typically have a long list of hardships and traumas which came before the picture you see in front of you on the street. Their problems only seem simple to solve when viewed from outside. Their realities are much harsher and more complicated. In fact, being homeless may only be one of many problems they face.

Understanding their homelessness and advocating for equal access to housing is something we can do. Getting housed isn’t everything, but it certainly eases the burden.