Why I Support Regulating the Public Feeding of Homeless People 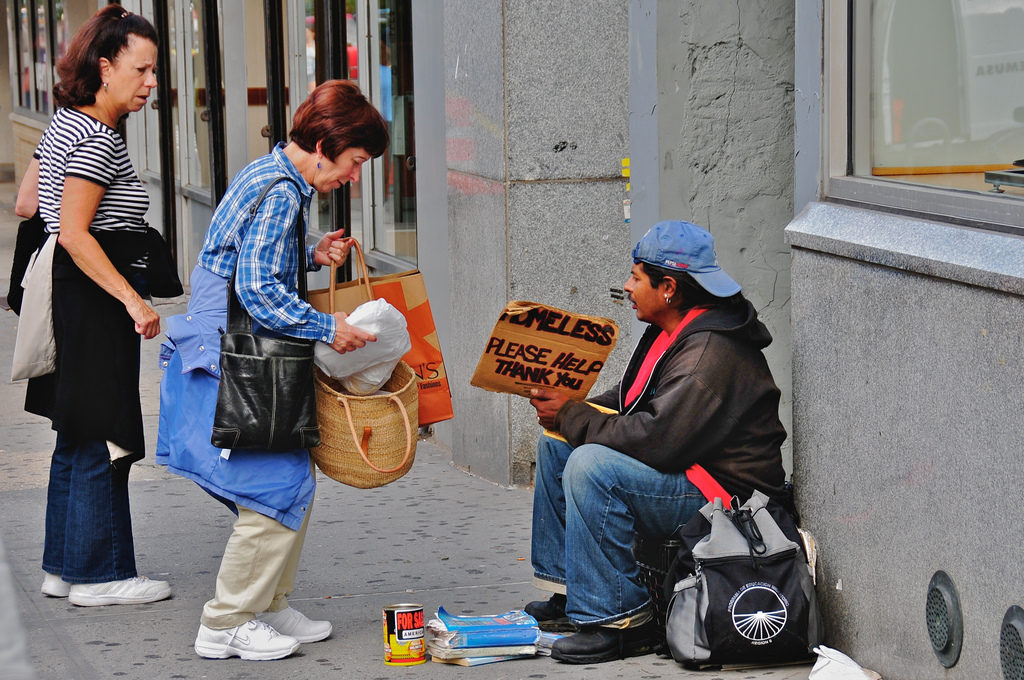 Several years ago in Atlanta, Georgia I met a woman living under a bridge that completely changed my life and how I viewed homeless services. You didn’t have to be a social service worker or medical professional to see that Angela was dying underneath that bridge. Meeting Angela broke my heart but it was what happened behind the scenes that changed me. I was with a group of Christians. I turned to them and I asked, “What are you doing for her? How are you helping Angela?” They responded that they were bringing her sandwiches – that’s when I realized that sandwiches are not enough. People need housing, jobs, and health services.

See, until I met Angela underneath the bridge that day, I thought that whatever you could do to help a homeless person, well, just do it. Let’s just say the level of your support was making chocolate chip cookies. If you can make cookies, then go and make cookies and then hand them out to people. I used to think that was good enough. The reason I use a chocolate chip cookie reference is because I used to know a mom and her daughter that made cookies, because that’s all they can afford. They would then go to a local homeless shelter and hand them out. And that’s the point. Instead of randomly giving away food in a park, this mother and daughter team went to the local shelter with their homemade cookies, supporting the local shelter in helping people.

I realize it’s not as sexy to stand up in front of the church folk on Sunday morning saying that you “helped another organization” rather than saying “you fed the lost.” But the truth is, if churches would simply coordinate and work with other organizations, together we’d make a serious impact in fighting homelessness and getting people off the streets.

When I was producing a weekly TV show on homelessness, we were featuring a ministry that fed people under a bridge. We met a large homeless man with an established camp under a bridge to interview. The man’s name was “Bear”, and he had clearly been there for quite some time. He had a few tents and the camp layout was setup rather nicely. After I got the video gear ready and Bear’s dog to be quiet, I started to ask him questions. The optimum goal I needed was for this man to talk about how he’d go hungry if this ministry didn’t bring him food. I asked “So Bear, if Billy didn’t bring you food what would happen to you? Bear’s response shocked me. He said, “Well, the nuns bring me breakfast every day, and those guys in the warehouse over there give me a burrito at lunch.” You just had to look at Bear to see he wasn’t going hungry and now, out of his own mouth, he told us proof that we were enabling him (and others) to remain homeless.

Now please realize that I understand that there are lots of people going hungry in this great country of ours. I get that. The point that I am trying to make is that just feeding people in a park can actually hurt homeless people more than it helps them. Food is a powerful motivator. Many homeless services provide food, mail services, showers and laundry, which are touch point services so our homeless friends can visit and connect with us on a regular basis. Often we can begin to establish relationships that will help that person get out of homelessness. In addition, our homeless friends often have medical needs that go unattended. By having to connect with a homeless services agency every so often, if a homeless person is hurt, a case manager can help that person connect to needed services. Like with Bear, when people are merely given food in the park, there is little motivation for them to connect with places that can help. It’s actually OK to feed people in a park as long as you’re also taking tangible actions to help them get out of homelessness. 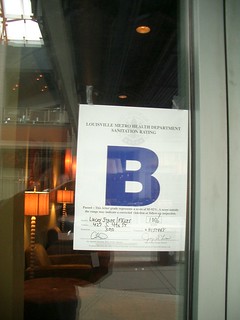 Much of my work is based on the belief that homeless people should be treated like everyone else. We are all people! I can’t speak for your community, but here in Los Angeles, restaurants are graded. Often you’ll see a big ‘A’ in a window and occasionally a ‘B’. The rating lets consumers know the food is healthy and prepared using sanitary conditions. For me, it’s important that the food I buy in a grocery store is inspected. Heck, even that hotdog vendor on the street has to be licensed and inspected to sell food. But there is no regulation on public feeding to homeless people – and there should be!

Whenever a community tries to pass laws to govern or ban public feeding, all the homeless advocates come out and scream about how such a ban would be wrong. However, if they really had the best interest of everyone, they would support public feeding regulations. Seriously, it’s a heath and public safety issue! In St Louis, years ago, I heard about a few college kids going around putting feces in sandwiches and giving them out to homeless people. As sick as that is, at the time, public feeding was not regulated so there were no laws to stop such abuse. Many faith based groups receive food donations after the food is expired and cannot be legally sold. Much of the food is still fine, but churches often do not have the proper storage facilities, so the donated food quickly gets worse. If public feeding is not regulated, then anyone can feed anything to our homelessness friends. To me, that is simply unacceptable.

I have also watched churches leave public parks in a complete mess, with trash everywhere. Often times faith based groups will pull up in their vans and open the doors to feed people. The areas that the feedings take place become trashed quickly. And let’s be very real here – homeless people will congregate where there are public feedings. As a formerly homeless person and someone who has given their life to help homeless people, I don’t want to be panhandled when I am walking through a park – and neither do you! I’d honestly love to see the people who are so strongly advocating for keeping public feedings unregulated to simply invite all our homeless friends over to their house to eat. But the truth is that they don’t want our friends in their neighborhoods – just in yours!

NOW PLEASE HEAR ME! I am not asking everyone to not feed hungry people. What I am saying is that we should also coordinate with other services to form a community effort to help get people out of homelessness. The agency where I work has “guest chefs” come in every night to cook meals. It is a ‘win-win situation’ as the guest chef gets to interconnect with homeless people and also do good works , while our agency also saves the funds they would have spent on food to instead spend on helping people find housing, jobs, and health services. There are many opportunities like this where working as a team with a local homeless service provider, your donations and time could have the greatest impact.

Perhaps the biggest need for food that often goes completely overlooked is found in low income or no income people that are housed. If your church, Rotary Club, or Girl Scout Troop wants to feed people and really make a difference, connect with a local organization that is housing people. Once a person is housed, they have very little money for food. These days I have seen a huge increase of people who are not homeless that have taken up panhandling simply because they do not have enough money to get by. If a person is on disability after they pay rent, they are often left with a few hundred dollars for utilities, bus passes, clothes, food and everything else. It’s never enough and food is what’s usually skimped on. This really is probably the biggest crisis of food insecurity in the United States.

I will never agree with any law that discriminates against anyone for any reason. But when it comes to public safety, I support regulating public feedings. We all want our food healthy and inspected; well, it should be the same for our homeless friends too.

If you’re feeding people randomly in a park, I challenge you to think differently and start networking with others in your community. Your efforts should go to helping people have a better life and not inadvertently maintaining homelessness. It is fine to feed people in a park as long as you are also doing something to get them out of that park!