Why People of Color Are Hit Hardest by Homelessness 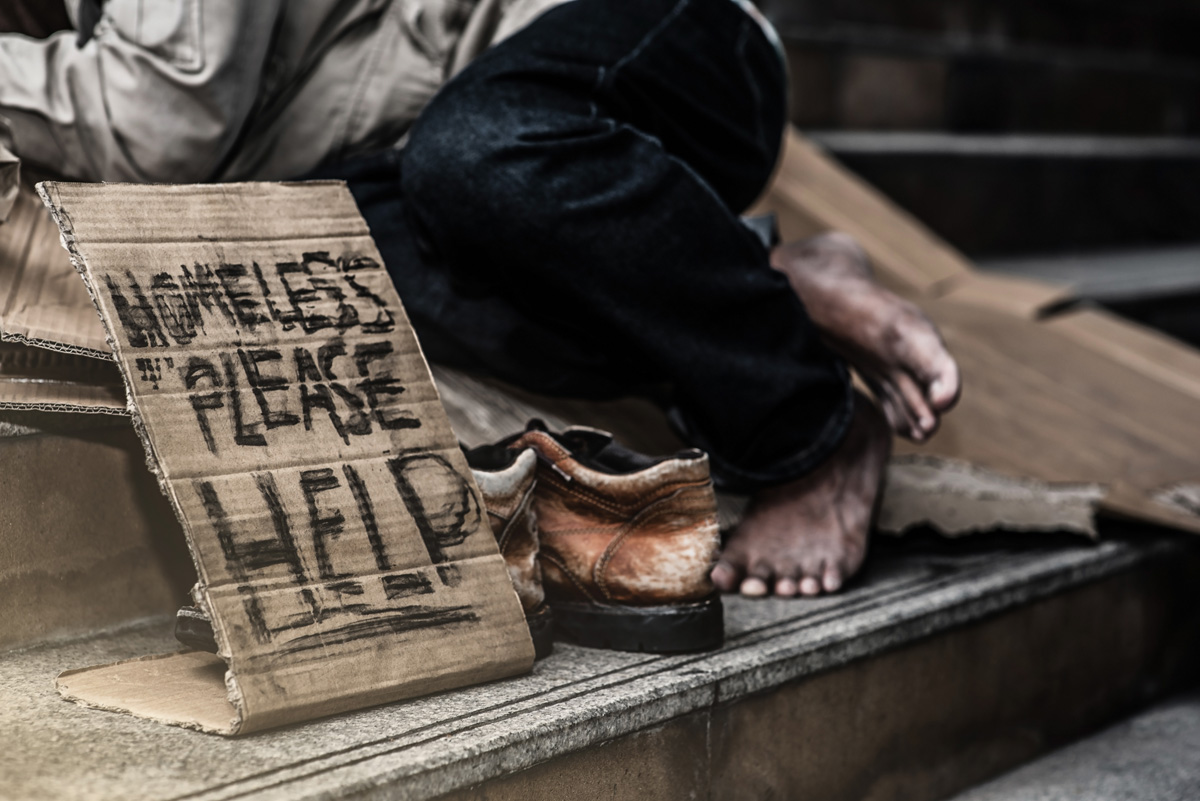 Unsurprisingly, people of color are disproportionately represented among homeless communities in the United States. Black and Native Americans experience the highest rates of homelessness in the country. Yet poverty alone cannot account for the dramatic inequalities found in homelessness.

The issue lies a lot deeper than the fact that black and Native Americans are more likely to be poorer than white people. The reality is that homelessness is a by-product of racism in America. It results from centuries of discrimination in housing, criminal justice, child welfare and education.

But how exactly have such stark inequalities come about?

Let’s take a look at HUD’s 2019 Annual Homeless Assessment Report (AHAR). Remember, these statistics were taken on one single night in 2019. People enter and leave homelessness throughout the year, so that means it’s difficult to provide precise figures.

The report tracks that roughly 568,000 people experienced homelessness on a single night in 2019.

In comparison, 48 percent of all people in the report experiencing homelessness were white. That’s despite the fact white people make up 77 percent of the U.S. population.

Individuals identifying as Hispanic or Latino make up 22 percent of homeless communities. However, they are only 18 percent of the U.S. population overall.

In Monterey County in California, the percentage of homeless black or African Americans is more than seven times higher than the county’s black population. Likewise, it’s nearly six times higher at the state level.

A History of Discrimination

These disparities in homelessness are the result of centuries of discrimination against people of color. This is across housing, criminal justice, child welfare, education and more.

A report from the Los Angeles Homeless Services Authority (LAHSA) suggests that institutional racism plays an enormous part in the over-representation of homelessness of people of color.

“Black people are more likely than White people to experience homelessness in the United States, including in Los Angeles County,” the report states. “The impact of institutional and structural racism in education, criminal justice, housing, employment, health care, and access to opportunities cannot be denied: homelessness is a by-product of racism in America.”

Likewise, poverty plays a part, too, of course. White communities have had years of freedom and opportunity to build and pass on generational wealth. And, of course, enough savings can help protect families from entering homelessness.

White families living close to the poverty line possess around $18,000 in wealth. However, poor black families have a medium wealth near zero.

With many black families living dangerously close to the poverty line, it doesn’t take much to slip into homelessness. And with racial discrimination playing a part in matters of housing and criminal justice, this makes it even more likely for people of color to experience homelessness.

Another factor to consider is that PTSD affects black people more than any group, according to a study in the Journal of Psychological Medicine.

Black women suffer at a higher rate than black men. A 2006 study in the Journal of Emotional Abuse also discovered that perceived racism resulted in emotional and psychological distress in people of color.

Feelings of PTSD are likely to be an aftereffect of institutional racism. They can have a negative influence on an individual’s ability to believe in themselves and pick themselves up again following harrowing experiences. This, too, can make someone more likely to enter homelessness.

What this leads to is a never-ending circle of institutional racism. People of color experience racism, which makes them more likely to develop PTSD and other types of mental illness. These disorders make them more likely to end up homeless as they struggle to find work and housing.

Inequality in the Criminal Justice System

A report by the Pew Research Center notes that while the percentage of black prisoners has decreased in recent years, it’s still excessively high.

Since 2008, thousands of people have been released from prison when California worked to reduce overcrowding and deal with rehabilitation outside of prison. As a result, many black people leaving prison have struggled to find work and housing, leading to homelessness.

Leaving prison is a considerable risk factor for homelessness. People who leave prison and become homeless are more likely to go back to jail than those who leave and don’t become homeless. These vast racial inequalities in the system are both a cause and effect for disparities in homelessness. And it seems to be a continuous loop.

Even before the Black Lives Matter movement exploded in May 2020, local governments explored ways to tackle the racial inequalities in homelessness.

In the Seattle area, King County officials have designed a data system to track and analyze the homeless population. The aim is to better understand its racial composition. And in 2017, city officials presented $3.2 million to five Native American-led, non-profit homelessness programs.

In 2018, HUD introduced a race and ethnicity data tool to assist states and localities in understanding and assessing the conditions creating racial disparities among homeless communities. As part of the program, HUD now grants extra points to applicants who can show how they’re improving and addressing racial disparities in cities.

The goal is to encourage local communities to work harder to remove obstacles people of color face, thereby reducing homelessness.

While these schemes and programs show that the right tracks are being made, now’s the time to push even further to dismantle racism in the United States. With the Black Lives Matter movement gaining powerful momentum, the question is:

What else can be done to protect more people of color from sinking into homelessness?