Your Fear of Homeless People is Violent 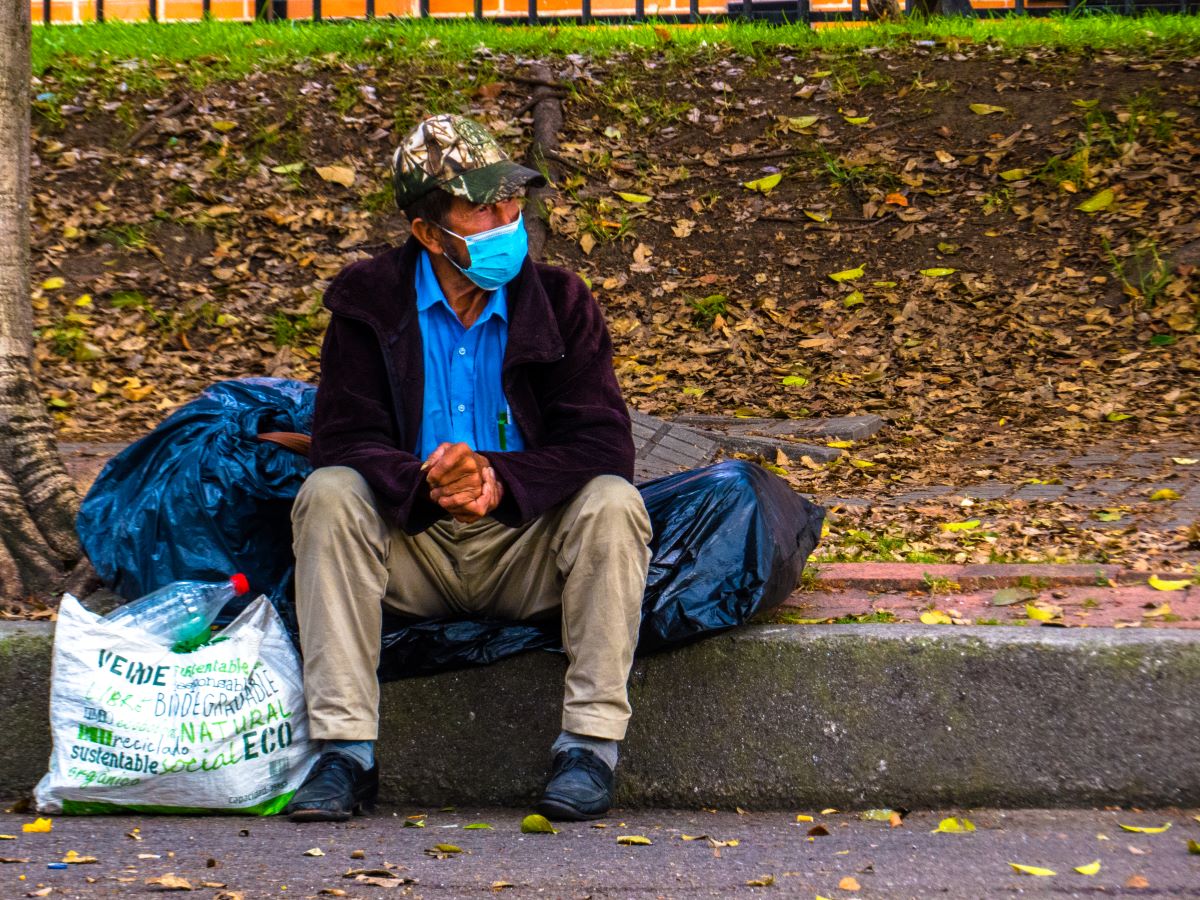 From a young age, most of us are taught to fear and avoid homeless people. Our parents drag us away from panhandlers on the street, we grow up saturated in sensationalized news stories, and we meet people who know someone who knows someone that once just looked at a person sitting on the sidewalk and instantly became the victim of a violent crime.

We pick up “safety tips” from each other, like not making eye contact, never giving money, and crossing to the other side of the street when we see someone sitting or lying down on the sidewalk.

It’s difficult to deprogram ourselves of this fear that’s ingrained into us over long years of life. Still, we must do so because our fear (or as many people like to call it, “caution”) is harmful—both to ourselves and the homeless people that star in our imaginary dangerous scenarios.

‘But I’m Cautious of Everyone’

Ok. If you say you’re equally cautious of everyone you meet, regardless of whether you perceive them as homeless or not, then I believe you, and you’re excused from this article. You can collect your gold star on the way out.

But if you’re ready to do the work and face your internalized biases head-on, let’s dig a little deeper.

Many of you probably bristled at the idea that giving in to your irrational fears causes harm. You probably see it as an abundance of caution or even necessary precautions to keep yourself safe. That is how it looks from inside the fear, sure. But if you’re able to separate from it, you may see how that fear functions against you and even more so against your homeless and harmless neighbors.

We fear “homeless people” as a monolith, so we vote against building new shelters in our neighborhood.

We demand encampments be cleared from our streets without a thought for where the people in them will go, as long as it’s away from us.

Businesses pressure cities to clear away all traces of homeless people sitting, standing, or just existing near their storefronts so that customers aren’t “scared away.”

We’re too afraid to even look in the direction of homeless people as we pass them on the street. This leaves them feeling completely ignored by society and essentially invisible as we avert our eyes to the sidewalk, the sky, or our phones like we suddenly got a very important email.

We convince ourselves that anyone who hasn’t managed to maintain a steady place to live in this era of unaffordable housing must be a drug addict or violent criminal who therefore doesn’t deserve access to the basic necessities of life. Our fear dehumanizes people, and that is harmful.

This is all violence.

We Also Harm Ourselves

The harm of our unfounded fears falls most heavily on homeless people themselves, but it doesn’t leave us entirely unscathed.

We live with unnecessary anxiety and stress wherever we go by continuing to feed this fear. It may dictate our actions and prevent us from doing the things we otherwise wouldn’t think twice about.

How many people have changed their route to work to avoid walking past a homeless person or encampment? How many people have stopped themselves short from offering a smile, conversation, or even eye contact with a person on the street on the off chance that they might become a story on the following night’s news? This anxiety can take a toll on our physical and mental health, even if our fears are never realized.

Ironically, the more homeless people you actually get to know in real life, the more you’ll see that the violent, dangerous segment is a tiny percentage, just like it is in the general population. Most people are just trying to survive, which starkly counters the stereotypes you’ve believed your whole life.

This Fear Is Irrational

If you’ve been a reader here long, you’ve probably heard someone say that homeless people are far, far more likely to be victims of violent crimes than to be the perpetrators of one.

That’s still true, but if it doesn’t ease your mind, here are a few more facts to mull over:

Aside from breaking camping ordinances, which are basically just laws against homelessness, unhoused people are no more likely to be criminals than housed people.

Many homeless people spend a great deal of time and effort trying to minimize their interactions with the police since those interactions can often be dangerous for them. In fact, they often opt not to report crimes against them to avoid authorities. Going on a violent crime spree will get them much more police attention than they want.

Logically, I’m sure you know that not all homeless people are the dangerous, unpredictable, and violent criminals you see on the nightly news. But fear is not always logical.

You must overcome this fear. It’s violent, and it needs to stop.