Mercy (not his real name) is homeless in South Los Angeles. This part of LA is rough. The streets have their own language. A person has to either adapt to the lifestyle or get killed. If you weren’t hard before South LA, the streets make you that way.

As you listen to Mercy talk, you’ll hear stories of the cruel streets along with stories of good people helping each other. As hard as the streets make a person, they still have a heart, and there is still hope we can get them off the streets into housing.

I included the beginning of our interview because I just love the interactions with Mercy and it helps explain some of the audio issues. I may have had the wrong settings too. When doing street interviews, everything happens fast. I am often in unsafe areas with a lot going on. Ideally, a proper lavalier mic would work best for audio, but I have found getting up close using a shotgun is the quickest and safest. Mercy was uncomfortable with that. You have to understand this is the Hood and his home.

At times, Mercy may be hard to understand. He’s hardcore. The streets are hardcore. You have to listen to how he says something along with what he is saying.

Mercy has been homeless for three years. When I asked him what happened, he responded “what didn’t, a little bit of that. A little bit of this,” and then went on to tell me he was shot while in his tent a year and a half ago.

Street Watch Los Angeles helped me connect with Mercy.  They are a group fighting for homeless people’s rights. Mercy shares how a woman had her tent poles stollen, and through Street Watch, he was able to replace her tent.

Notice how our conversation changes when I ask Mercy about his future. He has a plan to start a restaurant and another business. Mercy says he is a good cook. One thing homeless services rarely talk about is how important it is for people to have a purpose. With just a little help, I bet Mercy could make his dreams happen. 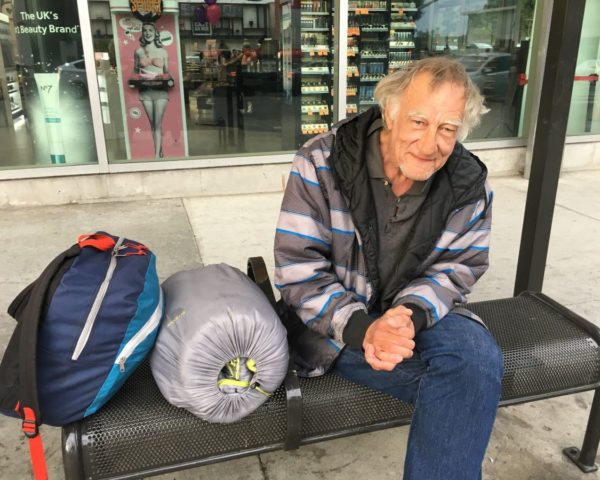 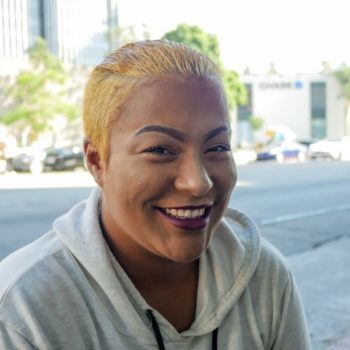