Noah is 21. He is homeless in Westchester Park near Los Angeles International Airport. Noah is a good kid. Moments before this interview, Noah gave a homeless woman a cellphone.

The reason Noah is on the streets is that his parents are using drugs. At the time of this interview, Noah’s parents were in housing, but they too spent some time on the streets. Noah told me he visits them, but he cannot stay long.

Social and economic deprivation during childhood and adolescence can have a lasting effect on individuals, making it difficult for children who grow up in low-income and dysfunctional families to escape poverty when they become adults. Because the negative effects of deprivation on human development tend to cumulate, individuals with greater exposure to poverty during childhood are likely to have more difficulty escaping poverty as adults.

In other words, poverty and homelessness are often generational. Children and young adults model their parents. It’s a miracle Noah is not using drugs. If we looked deeper, there is a good chance that his parent’s parents suffered from addiction and lived in poverty.

You’ll hear Noah share a few times in this interview that he believes the solution to homelessness is people need more love. He’s spot on. When you look behind the curtain into people’s lives and how they were raised, you’ll often find layers of some kind of abuse and trauma.  For homeless youth like Noah, there is a very real sense of urgency to get them off the streets, however, most resources go to help vulnerable homeless adults. As youth homelessness continues to grow, services that target young adults need more support. With just a little love, Noah can get out of homelessness, but the longer he lives in a park, the more at risk he becomes.

Special thanks to Street Watch LA 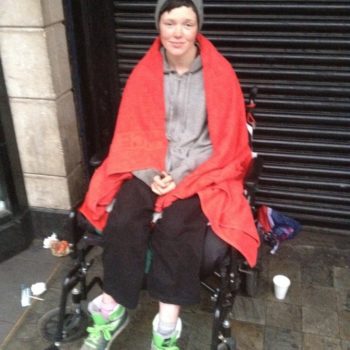 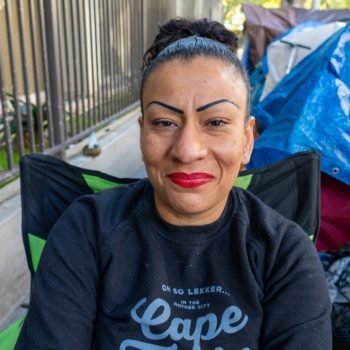