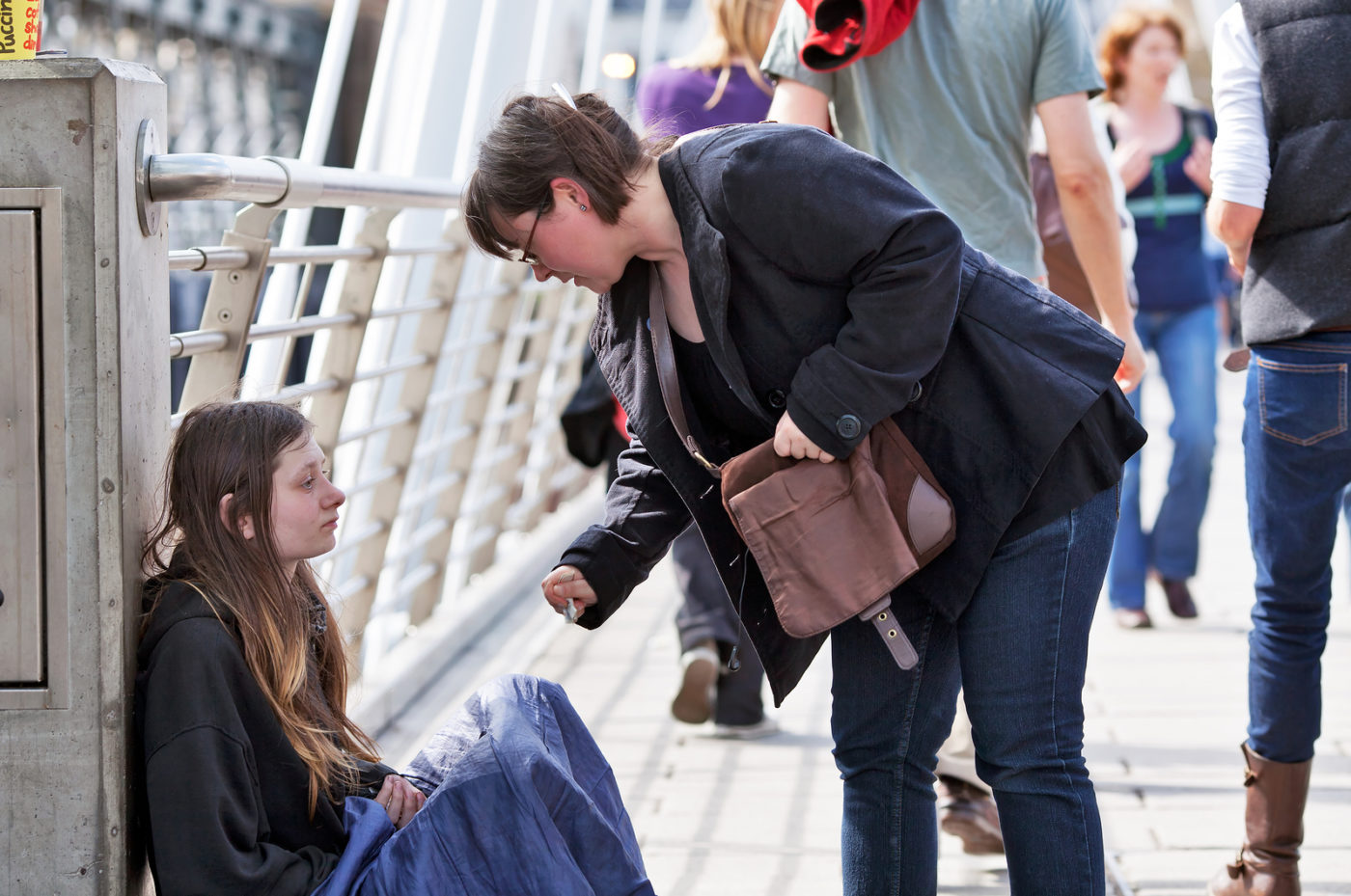 If you feel the urge to give money and you feel safe, then it’s perfectly fine.

On one of my road trips around the country, I was walking downtown in Salt Lake City handing out socks to people experiencing homelessness. I happened to run across a young man with a backpack who had a look of hopelessness in his eyes. I asked him about homelessness and he responded that not only was it his 18th birthday, but that it was his first day homeless. Without even thinking about it, I opened my wallet and handed the young man all the money I had on me — two $20 bills.

Yes, the official stance of the homeless services sector is: don’t give money to panhandlers. Instead, they recommend money be given to them to help end homelessness. While I agree everyone should support community services working to end homelessness, the answer is not so black and white.

The truth is giving money to homeless people depends on the circumstances. If you feel the urge to give money and you feel safe, then it’s perfectly fine.

Pope Francis recently said it’s okay to give homeless people money and we should not worry about doing so. The Pope also said “the way of giving is as important as the gift. You should not simply drop a bill into a cup and walk away. You must stop, look the person in the eyes, and touch his or her hands.”

Oftentimes, we don’t take the time to listen and learn what a person may truly need. This is frequently the case even when a person is plainly stating their needs.

A homeless friend once shared a story about when he needed a toothbrush. He stood in front of a grocery store displaying a sign asking for money to buy the toothbrush. It wasn’t long before people started to give him food. He gratefully accepted multiple bags of fast food meals as he tried to collect money to buy a toothbrush. He set the bags next to him. Although it was clear he had already been given food, people continued to give him more. He never was able to purchase the toothbrush he needed.

In this situation, my homeless friend was clearly communicating his need. But the givers either were not listening or chose not to because they have been told not to give money to panhandlers. The thing is, with food stamps a person cannot buy toilet paper, toothpaste, a toothbrush and other hygienic needs. It takes money.

People experiencing homelessness are human beings. We should treat them with respect. But too often we view the homeless person asking for money as a bum or con artist. We blame homelessness on the person when their situation could be caused by a variety of reasons: lack of affordable housing, lack of a living wage, or some kind of trauma.

“Panhandlers use money to purchase drugs or alcohol.” This is also a common belief stopping people from giving money to panhandlers. Let’s think about that: if you’re going to the bathroom behind a dumpster in a McDonald’s parking lot, life sucks. You might as well have a beer!

Please know I have 21 years sober and I am not advocating for alcohol abuse in any way. I am just trying to show a little perspective. It’s hard to be homeless. Alcohol and drugs offer an escape from the pain.

When I lived on the streets of Los Angeles, I survived by panhandling. At times, I did use the money for drugs, but I had a severe drug addiction. I needed drugs like I needed air or I would get dope sick. If I got dope sick, I would be vulnerable. If I was vulnerable sleeping in a park, I could die. In a way, the people who gave me money helped to save my life!

We often look the other way when people we know abuse drugs: The soccer mom who hits the bottle to get through the day; your brother-in-law who drinks a case of beer on the weekend; the lawyer who smokes the pipe filled with crack; and the postal worker popping a few pills to help make their rounds. But when it’s a person experiencing homelessness, we look down upon them.

The real truth is not every homeless person abuses drugs and alcohol.

The Substance Abuse and Mental Health Services Administration estimates 38% of homeless people are dependent on alcohol and 26% abuse other drugs. More often than not, a person experiencing homelessness will use money to meet their basic needs like food and shelter.

A study on panhandling conducted in San Francisco’s Union Square district reported that 94% of the money was used to purchase food. The survey also found 60% of panhandlers made $25 a day or less, breaking the myth that beggars make large amounts of money panhandling.

Many people I meet raise money to get a room for the night, especially in cold weather. Numerous shelters now charge money for a bed every night. Although I don’t agree with this, I understand as homeless services are receiving less support. By charging, they make a few bucks to provide services. However, the people they are charging don’t have an income; this forces them to panhandle to get inside.

Tips for Interacting with a Panhandler

Here are a few tips to consider when interacting with a person experiencing homelessness: 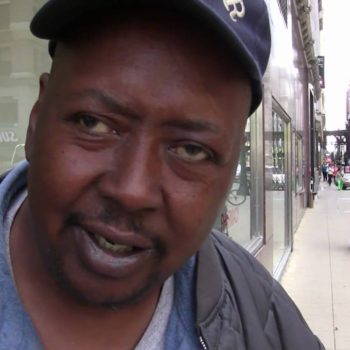