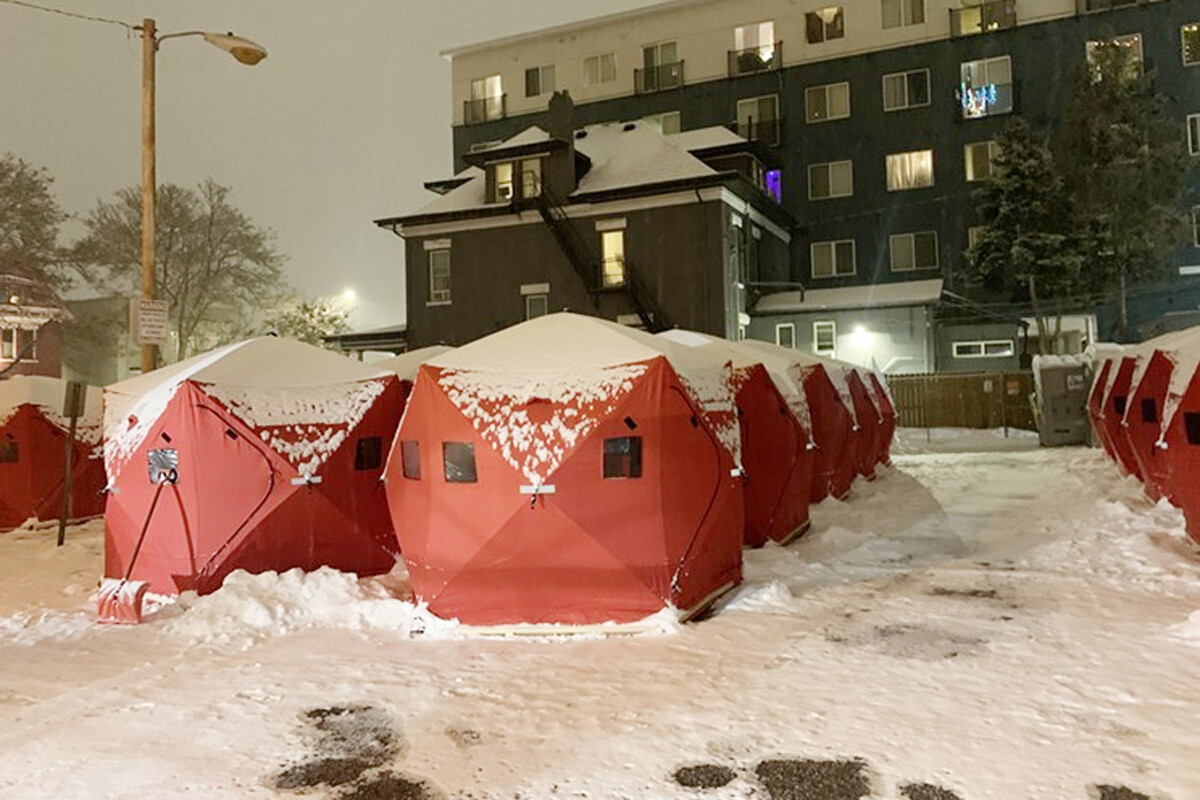 Like many cities across the US, the COVID-19 pandemic upended Denver’s shelter system. According to a report from the Department of Transportation and Infrastructure, the city lost 56% of its bed space because of social distancing requirements. Altogether, that accounted for 1,200 more people sleeping rough at night.

In April, local housing advocates began asking city leaders to consider providing a temporary safe outdoor space, a sanctioned encampment that is staffed by volunteers and regulated by the city. They argued it would provide a centralized location for case workers, labor providers, and other service providers to help connect people experiencing homelessness with housing and other opportunities.

But, Mayor Michael Hancock rebuffed the idea until October. During that time, over 600 people experiencing homelessness tested positive for COVID-19 resulting in 30 deaths, according to the city public health department.

Once the weather turned cold, city officials approved the idea. Ever since, residents have said staying at the camp has given them a chance to heal.

Denver currently has two safe outdoor spaces, both of which are located in church parking lots. The Capitol Hill First Baptist Church has a camp of 30 tents only for women or trans-women while the Colorado Community Church (CCC) at 16th and Pearl hosts another camp of 30 tents.

Each camp holds a six-month permit from the city and residents are allowed to stay for the duration. The goal for service providers like Dr. Kathleen Van Voorhis, Director of Housing Justice for Interfaith Alliance Colorado, is to connect people with resources.

“We don’t want people to go back out on the street. We want them to have a stabilized outcome. It’s hard for outreach workers to maintain contact with transients; this will help them maintain contact,” Van Voorhis told 9News shortly after the camps opened.

The sites are fully-staffed, regulated and operated. EarthLinks, a local homeless service nonprofit, staffs the Capitol Hill camp while Interfaith Alliance staffs the CCC camp. Outreach providers, case workers, and mental health and addiction counselors visit the camps regularly and help connect residents with services to transition out of homelessness.

Residents must follow a long list of rules. There are prohibitions on fighting, drug use, and drinking. They must be in the camp between 10:00 pm and 8:00 am. Anyone who leaves the camp or does not communicate with the coordinators loses their tent.

But, in return, residents get to keep all of the resources they receive at the camp. They include winterized tents, soaps, sleeping bags, and other amenities. Residents also have access to commercial and residential laundry services, showers, bathrooms, and hygienic products that are hard to come by in the shelter system. 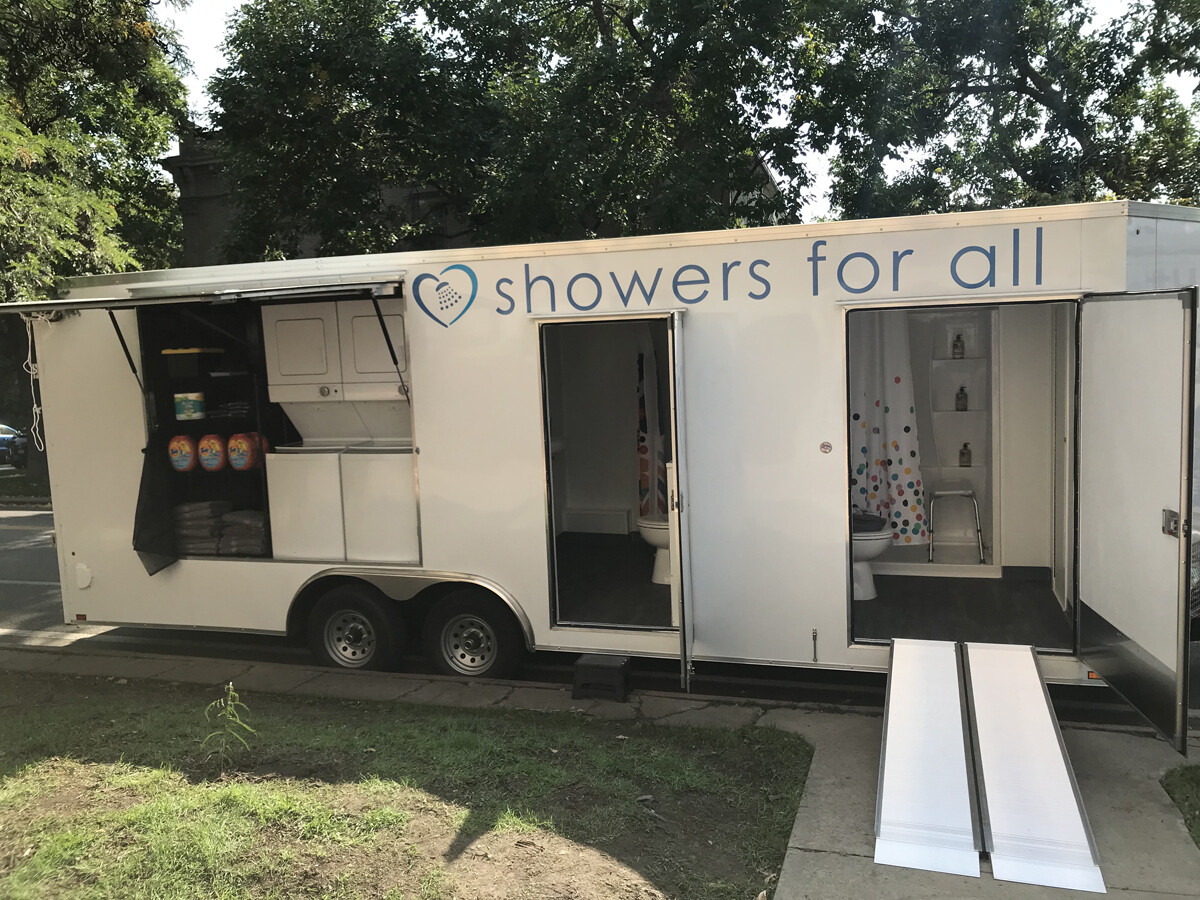 One guest named J.T. described the camp as a safe space he can leave his things and his trusty dog, Muttly, while he looks for work. He also doesn’t have to sleep with one eye open like he does on the streets or in the shelters, he said.

J.T described a scene to The Denver Post where he watched two shelter residents fight over a packaged snack. The larger one ended the fight by stabbing the other four times in his neck, killing him. J.T said he couldn’t sleep for a week and the police confiscated his stuff as evidence because it was covered in blood.

“First Baptist Church has a long legacy of partnering with our unhoused neighbors, and we are proud to be part of this new initiative to address the growing homelessness crisis in our city,” said Rev. Dr. Brian Henderson, Minister at First Baptist Church.

“As people of faith, we believe that we are called to serve the poor and vulnerable among us. In the midst of this public health crisis, the Safe Outdoor Space is an important step in the right direction for our neighborhood and our city,” he added.

While the safe outdoor space model is new to Colorado’s capitol city, it is not a new concept to the Centennial State.

Two other municipalities have successfully implemented similar models. Pitkin County, home of Aspen, converted the Brush Creek park-n-ride into an outdoor shelter for the city’s homeless population during the COVID-19 pandemic.

In all, the camp is on a nearly 140,000 square foot plot, big enough to fit 22 12-foot-by-12-foot campsites that are spaced six feet apart. It costs the city about $2,000 per month to cover the expense of toilets, wash stations, a dumpster, and to pay a camp manager $250 per week, according to the Aspen Times.

The Brush Creek camp opened for locals only in August. Once winter arrived, the city outfitted the camp with electrical and heating systems to help residents survive the cold months.

Nearly 700 miles southwest in La Plata County, county commissioners are working to keep the Purple Cliffs camp open. The camp sits on a 200-acre plot on the edge of town. Woods, rivers, and the Rocky Mountains provide residents with a uniquely Colorado experience. Volunteer groups like Neighbors in Need Alliance provide tents, blankets, and other equipment to help people in emergencies.

Timothy Sargent, a camp leader at Purple Cliffs, told The Durango Herald that the local community helped form the site, where people work together to solve problems. He understands that some want to close the camp, but says the residents need a place to stay until warmer weather arrives.

“The rational thing would be to hold off until July to make any permanent closure of this camp,” he said. “I think we’re on the right path, we don’t want to go backwards at this point.” 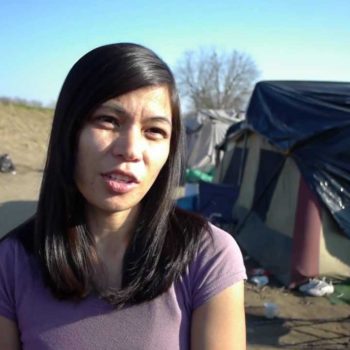 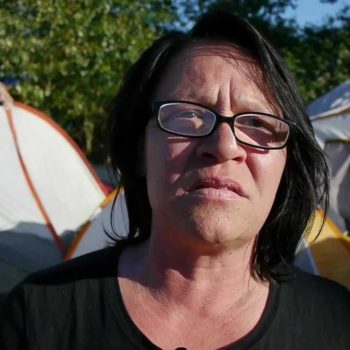