Spice in the UK: Former Legal High Worse Than Heroin 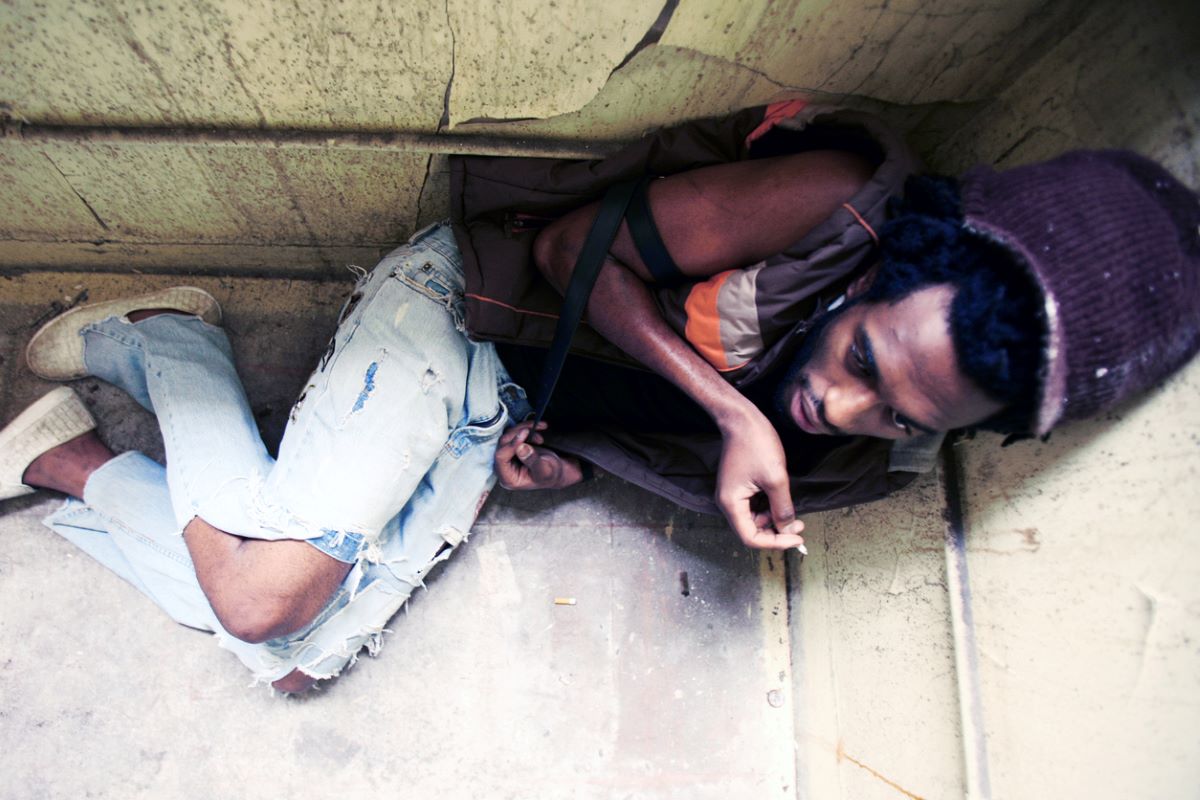 ‘“I was addicted, very addicted, I was bad. It was hard to get out of, really hard. It’s the hardest thing I’ve ever had to do…”’.

“Zombies”, “spice heads”, “the walking dead”. These are just some of the labels used by the media to stigmatise users of spice, a drug said to be “10 times worse than crack cocaine and heroin“.

A former “legal high”, spice originally appeared on the UK’s streets around 2006 as an alternative to cannabis. Like cannabis, spice can be smoked and is said to produce similar effects of euphoria and relaxation. In reality, its effects are much stronger, much more addictive, and much more unpredictable.

Since rising in popularity, spice has become increasingly prevalent within vulnerable groups like homeless people, due to affordability and availability.

“It’s a fiver a gram, costs pennies really” one homeless man told the Manchester Evening News. “Doesn’t matter if they make it illegal or not”.

While it is estimated that only around 0.4% of the general population aged 16 to 59 have tried spice, in some areas of the UK, such as Manchester, up to 95% of homeless people are estimated to use the drug regularly.

Despite the visibility of the issue, Government action to tackle spice use has begun and ended with its criminalisation under the Psychoactive Substances Act 2016 (PSA).

A review conducted by the Government in November 2018 reveals the PSA has not reduced the sale and distribution of spice. It has merely pushed the trade underground and street dealers – who care little for the well-being of their customers – are now the primary sources of spice.

Notwithstanding, the Government offers little support to spice addicts. It also ignores the causes which lead to homeless people turning to spice in the first place.

Spice is a synthetic cannabinoid similar in composition to cannabis. Until 2016, the sale and supply of spice and similar drugs, such as Black Mamba and K2, was legal.

Soon after its introduction to the UK, such drugs became widely available in newsagents or specialised shops known as “head shops”. To get around the drug laws at the time, “legal highs” were labelled “incense” and sold under the guise of being “not for human consumption”.

Spice use has dangerous side effects. It is incredibly addictive, and long-term addiction and withdrawal symptoms include:

The effects of spice on the brain are often so extreme, that users dissociate entirely from reality, leaving them dazed and unresponsive. It’s these side effects that lead to the media labeling users as “spice zombies” and the “walking dead”.

Many people begin smoking spice, not for recreation, but to self-medicate. They try to block out the reality of their current situation or to temporarily forget past trauma:

“’They’ll just have a really strong joint – to help them sleep and just block it out really, block out life’s traumas’. (Homeless Day Centre Manager)”.

Unfortunately, extensive spice use is detrimental to physical health, and almost all spice-related deaths happen to homeless individuals.

Criminalising Spice Has Not Reduced Spice Use Within the Homeless Population

In 2016, partly in response to rising synthetic cannabinoid use, the Government introduced the PSA, which laid a blanket ban on all New Psychoactive Substances (NPS).

NPS is defined as, “any substance which is capable of producing a psychoactive effect in a person who consumes it and is not an exempted substance”.

The legislation means all new variations of spice, whatever the chemical composition, are automatically illegal to produce, distribute, sell, and supply.

Although the Act only came into force in May 2016, it has already become clear that the legislation fails miserably in its quest to protect vulnerable people from the effects of spice. Just a few failures arising from the legislation are:

The spice market has been pushed underground

Although most head shops have shut down under the PSA, the spice trade has not ceased. Street dealers are now the primary spice source, leading to increasingly potent and dangerous strains entering the market.

“I’m not being judgemental about the legislation, but the reality with the Psychoactive Substances Act is that it has shifted supply onto the streets. The product was probably more consistent in the head shops. Now it’s more varied, the make-up is constantly changing.”

People switching drugs contributes to any fall in spice use

Although the Government review of the PSA reported a slight decrease in NPS use, it also stated:

“There is insufficient evidence to quantify the extent to which NPS users have substituted to other drugs, so it is not possible to identify whether the Act has led to an overall reduction in drug use.”

There is little support for spice users and addicts

Spice use and mental health issues are said to go “hand-in-hand”. However, despite evidence that suggests homeless people are significantly more likely to have mental health problems and use drugs, the PSA has done nothing to improve substance abuse support and mental health support.

During a survey conducted by Homeless Link into 33 regular NPS users in Manchester, only seven were receiving any form of support for their drug use:

What Needs to Change?

The criminalisation of spice and other synthetic cannabinoids is not the answer to the prevalent spice amongst the homeless population. We msut tackle the underlying issues that encourage vulnerable people to start taking spice in the first place. A few options include:

In many cases, wait times for treatment, difficulty navigating services, and a perception that services won’t help spice users contribute to individuals being unable to access help.
As well as a dramatic increase in public funding, we must establish clearly signposted treatment pathways for NPS users. Pathways must include improved collaborations and referral systems between healthcare services, criminal justice services, homelessness services and housing providers.

Spice grew in popularity due to its perception as a legal alternative to cannabis. Even after its criminalisation, spice remains a cheaper option. It also has the added benefit of lacking cannabis’s distinctive smell. This is a helpful feature for people living in emergency or temporary accommodation, which operate zero-tolerance drug policies.

By legalising cannabis and introducing regulations to monitor sales and drug quality, people may not turn to spice.

Redefining spice addiction as a health issue, not a criminal one

Until we recognize and treat spice prevalence amongst homeless people as a national health crisis rather than a criminal issue, the impact of spice on this population will never improve. For example, when Portugal legalised low-level possession and consumption of all drugs and focused on expanding treatment services, rather than becoming a “drugs paradise” as some predicted, drug-related harms decreased.

Ultimately, people do not end up sleeping rough or struggling to find accommodation by choice. Multiple issues cause homelessness. These include a lack of affordable housing, poor access to social services, poverty, relationship breakdown, difficulty finding or holding a job, physical disability, and mental health issues.

Drug use is often a symptom of homelessness; a method people use to cope and survive on the streets.

Until we adequately address the underlying issues causing homelessness, drug use, including spice use, will never fully go away. At least one thing is for certain, merely making spice illegal will never be the answer. 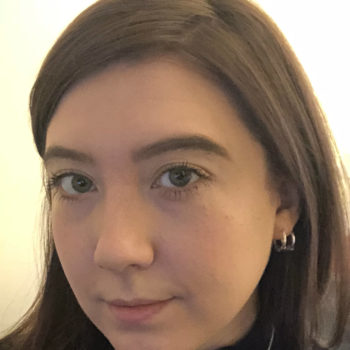 Alice Mitchell is a freelance Content Writer based in Bristol, UK. A law school graduate, her goal is to highlight the real-life impact of the law and policy surrounding social justice issues, to promote positive change and reforge meaningful connections between lawmakers and the people they mean to protect. 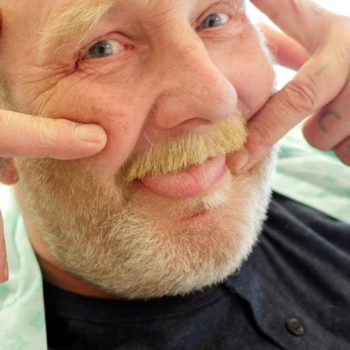