After being on the road since I left Los Angeles on June 15th, and traveling to 24 cities around Canada, I knew by the time I hit Boston I would be beat down tired. I was honored and grateful to be offered a speaking gig that covered a hotel stay, so the plan was just to relax. I was so tired that it didn’t even bother me Boston looked like it would be the 1st city visited on a road trip where I didn’t leave with at least one story. But that all changed when I met Brotha BlueStocking.

While in Boston my homeless friend, @bostonhomeless, held a party in a park. It was truly an honor for me, and everyone who attended. Food, clothes, socks, books, and just hanging out talking making new friends. Near the end of the long day, Brotha Bluetocking and I started up a conversation on the economy and homelessness. The conversation started to get very deep. He brought up the question “would the minimum wage worker in today’s homeless shelter be able to handle the amount of educated homeless people we are soon to see on the streets?” He started to talk about how he is horribly treated on the streets even though he has two masters degrees. What he was saying is such an important conversation, even though I had no intention of asking anyone if they wanted to be on video that day, I had to ask Brotha BlueStocking.

It’s interesting to me that after telling us about his name, Brotha BlueStocking states he’s responsible for his situation and he’ll get himself out of homelessness. But the system has gotten in the way. Ooooooo I hope you all heard that. I am not homeless, I have a cellphone and a laptop, and a car, yet I cannot navigate the “continuum of care” so how the heck is a person on the streets to find the help they need?

Brotha BlueStocking is a licensed teacher and guidance counselor in New York and California, and has two masters degrees, yet he says he’d like to put his degrees and licenses on Ebay. And that’s just a small tease as Brotha BlueStocking covers a lot of topics in the small amount of time online will allow.

This interview may be the most ‘interesting’ so far since I started InvisiblePeople.tv three years ago, and I am sure it’s at the top of the most colorful. I could have sit and listened to Brotha BlueStocking all day. In fact, this video does not even cover all the wonderful thoughts this man has to share. We have to work on getting people like Brotha BlueStocking their own cameras and laptops so they can tell their own stories, and we can all listen.

Please watch and then share this video with all of your friends. 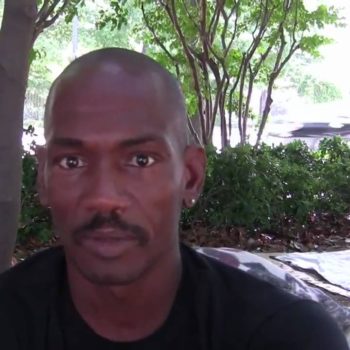 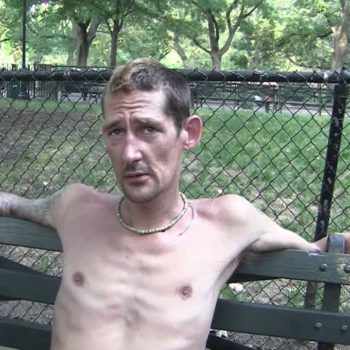