This past week Jeannie and Eli (watch his video here)  were arrested in Sacramento for being homeless. They lived along with about 125 other homeless people in an organized tent community called Safe Ground.

Jeannie worked as an in-home nurse. She lost her job and her place to live on the same day. Since April she has been living in a tent in Sacramento.

Kind of ironic Jeannie talks about the city counsel changes needed and the prospects of Sacramento allowing the campers to have a place to live is only days before they were forced to move.

The old hippie in me loves the self-governing tent city model, but really the only reason a tent community even exists is because homeless services has failed to provide adequate support.

What are your thoughts on this controversial issue?

Special thanks to Safe Ground 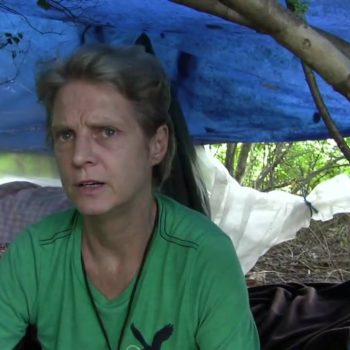