Since 2007, the City of St Petersburg has passed a number of ordinances that specifically target homeless people, including laws that outlaw panhandling , prevent sleeping on the streets in certain parts of town, and limit the number of belongings people can store on the public property. Needless to say, St. Petersburg, Florida holds the dubious honor of falling number two spot on the list of Top 10 Meanest Cities towards the homeless.

I met Juan in a downtown St. Petersburg park that he calls home. Living homeless in St. Petersburg, he says, is not easy. In addition to the city’s outrageous criminalization of homelessness, the threat of violence is constant. The night before this interview, a homeless man was stabbed. One week earlier, another homeless man was murdered in the same park. If that’s not bad enough, Juan says that youngsters will regularly taunt or kick people while sleeping in the park. (Perhaps the area’s youth have learned how to treat the homeless by following the lead of their city officials.)

While it’s easy to focus on the difficult living conditions Juan faces in such an unfriendly city, to Juan it’s about pride. He says one of the toughest things about being homeless is the way people look at him. “People look at you when you are homeless like it cannot happen to them,” he said. “I’ve had things in my life; I’ve been married. I’ve had a home.”

I hope Juan ends up in a place where he is safe from violence, criminalization, and judgment. No person should have to endure what he faces on a daily basis.

Special thanks to Pinellas County Coalition for the Homeless and Hanes 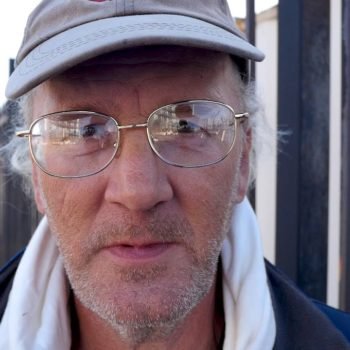 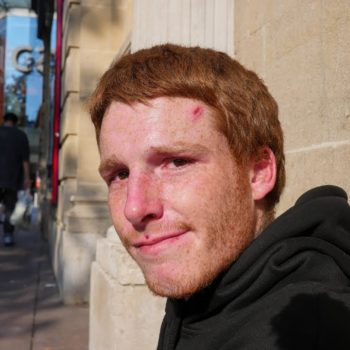