Sharron has been sleeping rough in Oxford, England for a couple of years now. But what makes her story a little different is that she used to work as they say here “in the network”, helping rough sleepers as a social services worker.

I was actually first introduced to Sharron via Youtube. Some time ago a documentary crew had produced a short video about her, which you can watch here. Sharron is a victim of domestic violence that started a downward spiral and her homelessness.

A few nights a week Sharron is lucky enough to sleep on the floor of someone’s house. But most nights she sleeps outside calling a children’s park home.

Not sure if Sharron knows this or not, but she stated the case for housing first. When a person has been so beat down from life and then spends a good amount of time on the streets, providing dignity is the most important first step. It’s nearly impossible to stay sober while homeless, and females on the streets are constantly being abused.

Sharron says as the years have gone by she has less hope for a better life. She wants to get sober and to start volunteering again. She just needs to get off the streets first!

Please watch Shannon’s three wishes and then please share her story with your network. No matter where you live, if we all start getting outraged about the rough sleepers in our neighborhood, and let the decision makes know our homeless neighbors need housing and support, we will end homelessness! 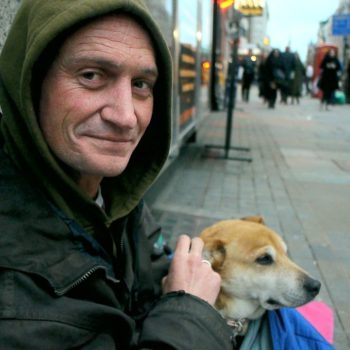 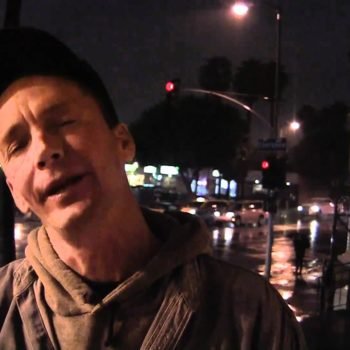