What America Believes About Homelessness 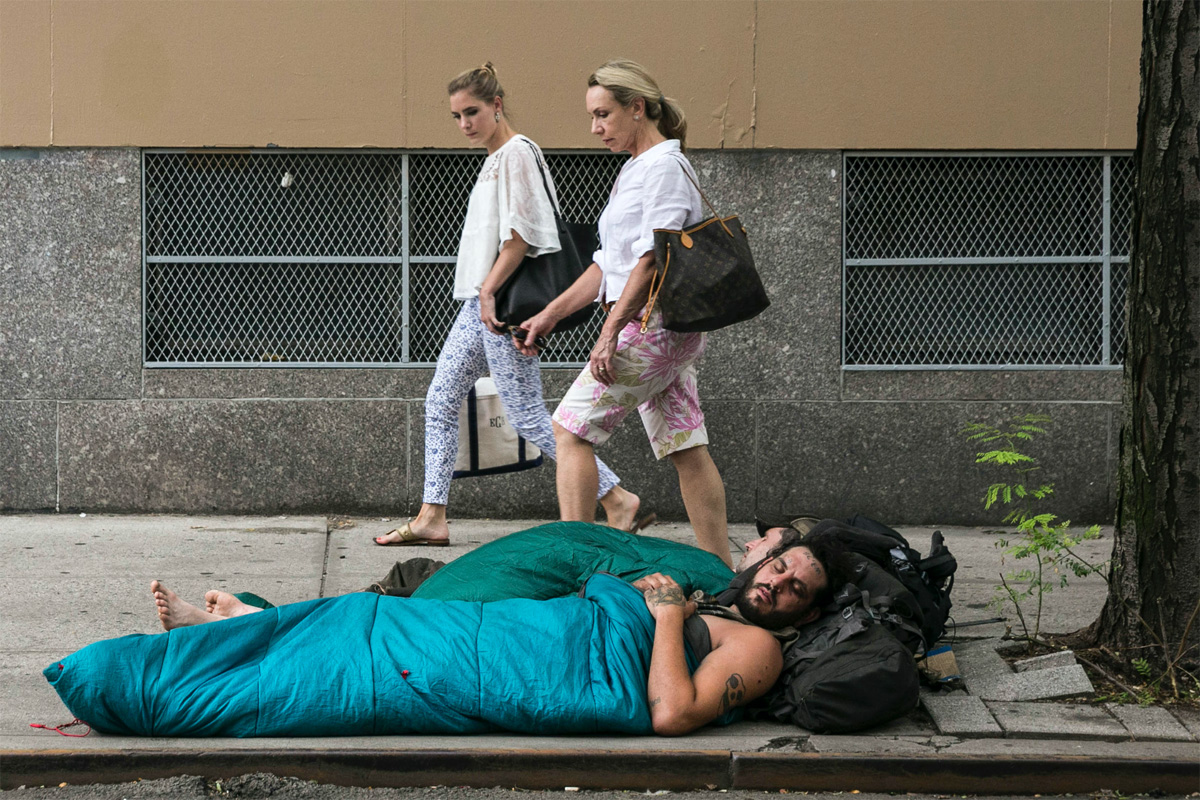 When it comes to homelessness, seeing is believing. Government officials and non-profit agency directors are eager to message that the service delivery system is “working,” but the public doesn’t buy it.

According to new research commissioned by Invisible People, roughly 75% of Americans from across the country believe the problem is getting worse. This is despite local officials’ assurances there are “sustained increase(s)” in the number of people accessing housing.

The research shows the public doesn’t believe the homeless service system is reducing the number of people living outside. Instead, stakeholders should be talking about successes in the sector, humanizing the people trying to access public services. Distinct stories about individual people are more memorable and believable than promises that more people are getting “rehoused” than ever before.

This is just one of many findings from the research.

Released on Thursday, the 50-page report is a comprehensive look at how the American public perceives people experiencing homelessness, as well as their beliefs on a variety of homeless-related issues. The research was assembled for Invisible People using online survey data from more than 2,500 registered voters from a geographically diverse swath of the United States.

While public discussion on mass homelessness can become quickly polarized between two seemingly entrenched camps, most Americans’ beliefs are actually nuanced and open to persuasion on the issue.

The report’s author, researcher Mike Dickerson who also helped co-found the grassroots advocacy group Ktown for All in Los Angeles, said it’s not appropriate to assume the typical American neatly falls into a predisposed “NIMBY” or “advocate” frame.

“We find that those sort of dedicated NIMBYs are a pretty small minority, though certainly very loud in a lot of these conversations,” said Dickerson. ”But what allows those views to get a foothold is not just the people who are firmly in that camp, but the fact that so many other people who have some sympathetic attitudes also have some more negative attitudes.”

While most people recognize the difficulty of life outside, many are also concerned about safety and other so-called “quality-of-life” issues. Those concerns are fodder for NIMBY critiques of homelessness. In turn, they drive support of punitive policy prescriptions like increased policing.

But those relatively rare NIMBY attitudes, which researchers say represent less than 20% of those surveyed, can crowd out more sympathetic views on homelessness. It also obscures more humane policy solutions, which research shows are actually supported by a much broader segment of the American public than punitive options.

Unfortunately, this level of nuance doesn’t necessarily filter into news media coverage, particularly local TV news. More than half of survey respondents’ said local TV news remains one of their primary sources of information on homelessness. In fact, it’s second only to survey respondents’ own eyes when it comes to influencing their views on the issue.

This is consistent with how Americans get their news by and large. While online social media has usurped printed media like newspapers and magazines, local TV remains the single most common source for civic information among Americans.

But the narratives typically shared by local journalists can often be too simplistic. News coverage that proverbially “punches down” on people experiencing homelessness dedicates significant air-time to NIMBYs advocating for punitive approaches. This obscures the fact that a vast majority of Americans are widely supportive of humane policy that does not involve police or prosecution.

Research shows 79% of Americans believe people should be allowed to live in their cars without threat of criminal prosecution. Additionally, 68% believe homeless people should be free from so-called “sweeps” lead by police and sanitation departments.

When it comes to policy prescriptions, 82% support expanding public mental health services, and 75% support supportive housing and more navigation centers. Moreover, the research found that about two in three of those surveyed support rent control.

Dickerson, the author, said the relative absence of firm stances held of most people’s views on homelessness underscores the care those speaking on the issue must take to ensure their words are chosen carefully.

“For a lot of people, they’re not clearly in one camp or the other. It goes back to the point that messaging really matters,” said Dickerson.

Besides surveying pre-existing views on homelessness, the research evaluated how credible participants judged different kinds of messages on the issue.

Research found the highest performing messages underscore the common humanity of people who are currently experiencing homelessness and those who aren’t. Among them, the report found the best performing message was how homelessness can happen to anyone. That, and homeless people want the same things as housed people: a job, a safe place to live, and a community they can call home.

Messages underscoring how corrosive the experience of homelessness is to both physical and mental health are also highly resonant. These help people who have not experienced homelessness connect the dots showing the poor health of many people outside is largely a result of homelessness, not a cause.

Messages that underscore systemic contributions to homelessness, like racism, low wages, and high housing costs, are resonant on their own to an extent. However, they are much more influential when connected to an individual’s experience navigating those barriers in real life.

As stated at the beginning, the least believable messages were those claiming programs aimed at ending homelessness were working. Messages arguing using taxpayer money to help homeless people is a waste were also among the least believable. Even among those who harbor some negative views of people experiencing homelessness, there is broad acceptance that government must be involved in the solutions process.

Dickerson added that it’s appropriate to focus on individual success stories, but only in context of the scale of the problem, as well as shortcomings of the social services system itself.

“At some point, you have to acknowledge the way that governments or service providers have fallen down, or have found themselves in a situation where they’re not able to help us effectively as they want,” said Dickerson. “Because if we don’t change those things, the system is going to continue to fail.” 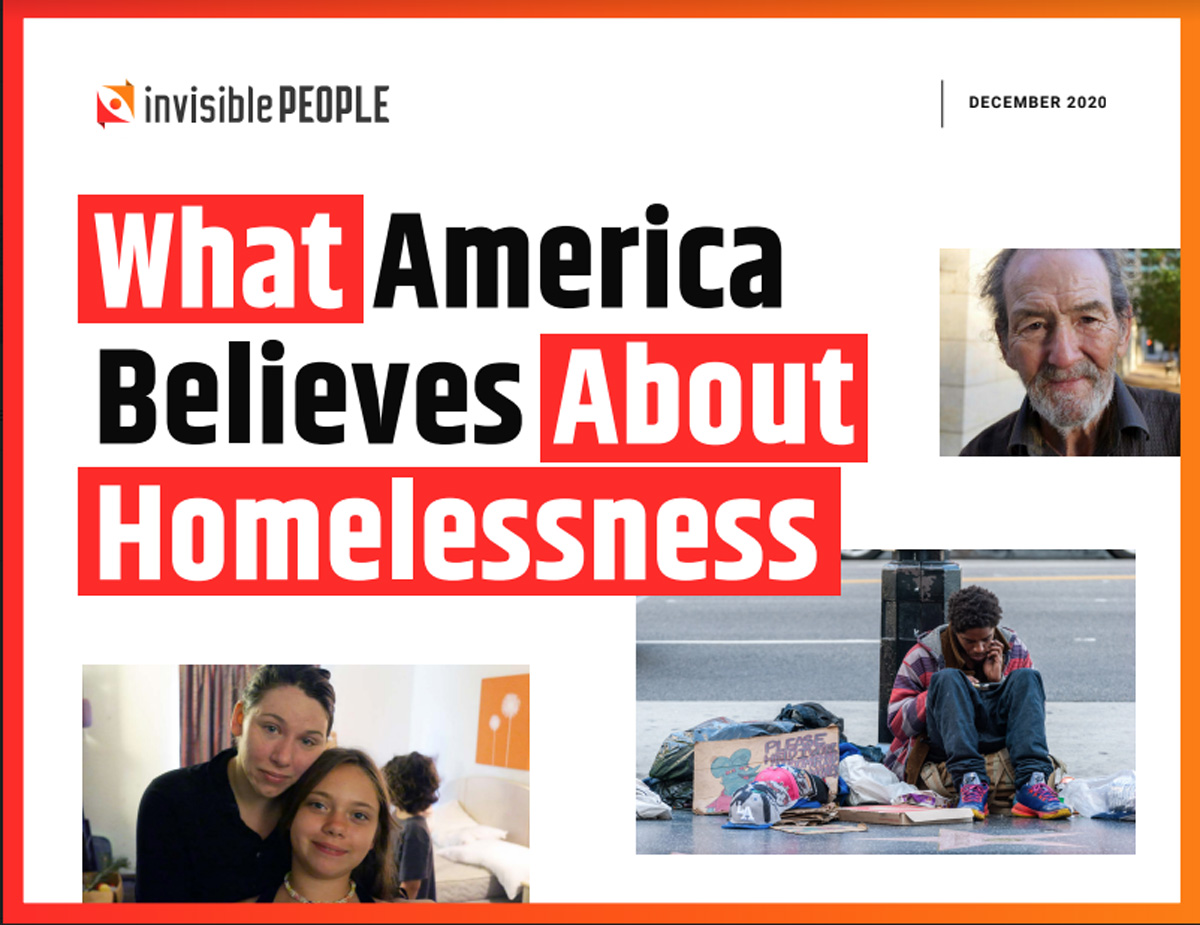 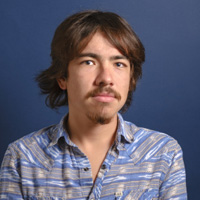