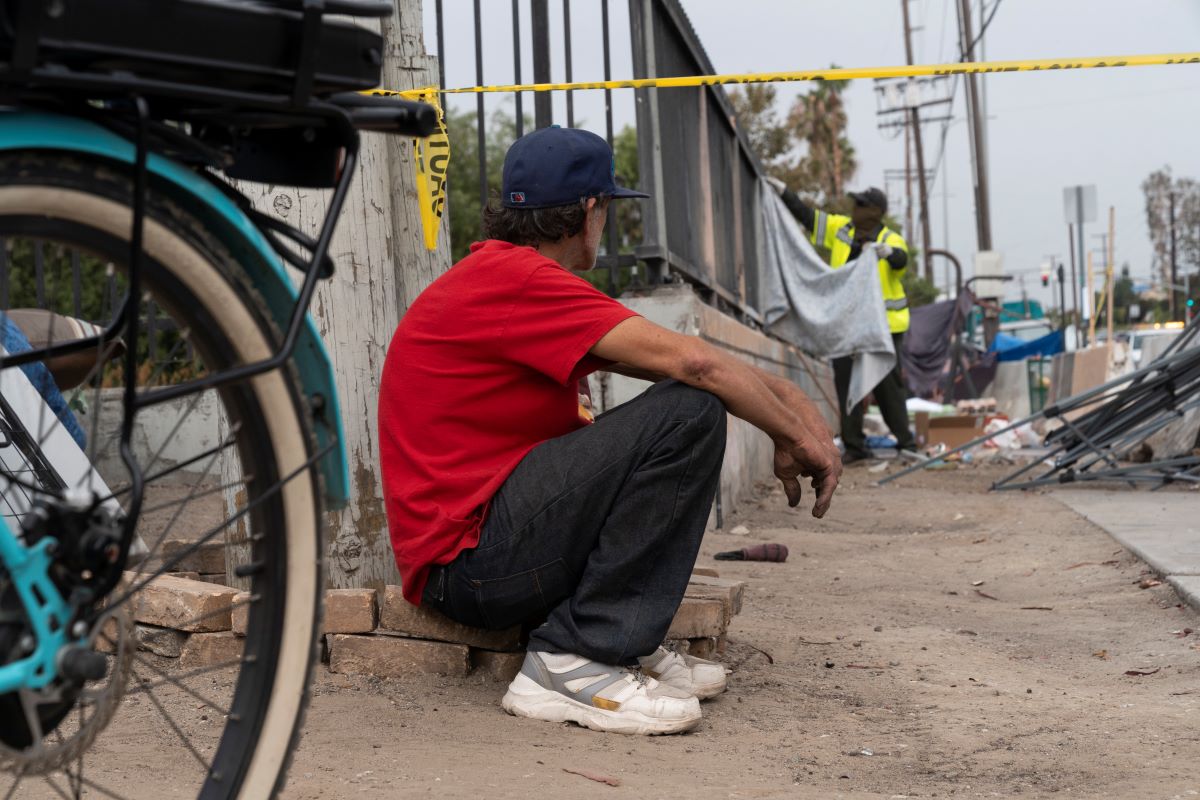 Los Angeles, California, is the latest city to pass a law that will increase the prevalence of homeless sweeps despite expert opinions demanding new ways to address local homelessness.

On August 2, LA’s city council approved Ordinance 48.18, prohibiting homeless people from sitting, lying, or sleeping on sidewalks near daycare centers and schools. It also expands the areas included in the prohibition to include the entire city block surrounding an encampment.

The ordinance passed by a margin of 11 to three, with Councilmembers Mike Bonin (District 11), Nithya Ramen (District 4), and Marqueece Harris-Dawson (District 8) voicing opposition to the bill.

Joe Busciano (District 15) argued that the council passed the law to help keep children and parents safe. Videos have surfaced online showing encampments near buses dropping off children for school in LA. Similar episodes have appeared in other cities like St. Paul, Minnesota;  Sacramento, California; and Denver.

“Supporting this bill means you’d be supporting safe passages to and from our schools and daycare facilities,” Busciano said during the meeting. “For our students and parents who have been exposed to fire, theft, and needles.”

Those opposing the bill argued that it is an ineffective policy. Bonin described it as a policy that illustrates LA’s misplaced priorities when it comes to ending homelessness.

“This is a question of whether we are going to put out time and energy into moving encampments from block to block, or into ending homeless encampments by ending homelessness and moving people indoors,” Mike Bonin, who represents District 11, said during the meeting.

Raman added that the bill was another example of LA making promises to its residents that are impossible to keep.

“We have to stop lying to our constituents and making promises that the city simply cannot deliver on,” Raman said. “We cannot pretend to parents who are desperate for change in LA that we can snap our fingers and pass a law and end homelessness.”

The increase in homelessness comes as rents and home prices continue to skyrocket in LA.

According to data from Redfin, rents in LA have increased by 7.8 percent over the last year to $3,438 per month as of June. The fast pace at which rents are rising in the city makes it much more difficult for low-income families to stay in their homes and thereby increases the risk that they could experience homelessness.

The song remains the same in other parts of the country as well. For instance, contractors with the City of Portland, Oregon, continued sweeping homeless encampments despite Mayor Ted Wheeler declaring a state of emergency due to high heat conditions.

Across the country, in New York City, Mayor Eric Adams recently launched a new initiative called “The Street Homeless Advocacy Project.” It is designed to train volunteers and people experiencing homelessness on how to advocate for services the city offers.

“We have a moral duty to try to break this cycle of neglect and despair,” Adams told The Villager. “With New Yorkers helping New Yorkers, I know we can build trust with homeless New Yorkers and provide them with the resources they need to come off of the streets or out of the subways and find shelter.”

The new imitative comes as New York continues to increase its use of homeless sweeps. The city has conducted more than 1,400 sweeps between March and June 2022 while only placing 66 people into service.

Experts like Katy Miller, the Seattle-area coordinator for the United States Interagency Council on Homelessness (USICH), call for cities to take a different approach to encampments. In a recent policy paper, Miller said many cities seem to think they can either build more housing or provide services when they can “ultimately do both.”

“We know that removing encampments without providing access to low-barrier shelter and a range of housing options does not work,” Miller said. “Forcing people to move into a shelter or moving them from place to place without a clear pathway to housing only dissolves trust and leads to personal setbacks.”

Instead, Miller suggested that cities focus on providing affordable and accessible health care services for people living on the street while they continue adding shelter space and transitional housing options. However, simply building these spaces isn’t enough. They also need to be safe and inclusive so that people who have been traumatized can begin to heal, Miller said.

Handcuffs will never solve homelessness. The pandemic proved that we need to rethink housing in the United States. It also showed that many programs designed to address homelessness are rooted in law enforcement rather than social services.

Contact your representatives and tell them you support revamping how your city addresses homelessness. Handcuffs do not get anyone closer to stable housing. Instead, we need to focus on compassionate solutions, the first step to ending homelessness. 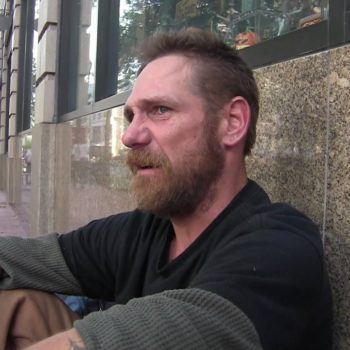 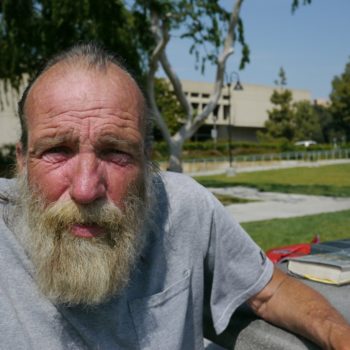