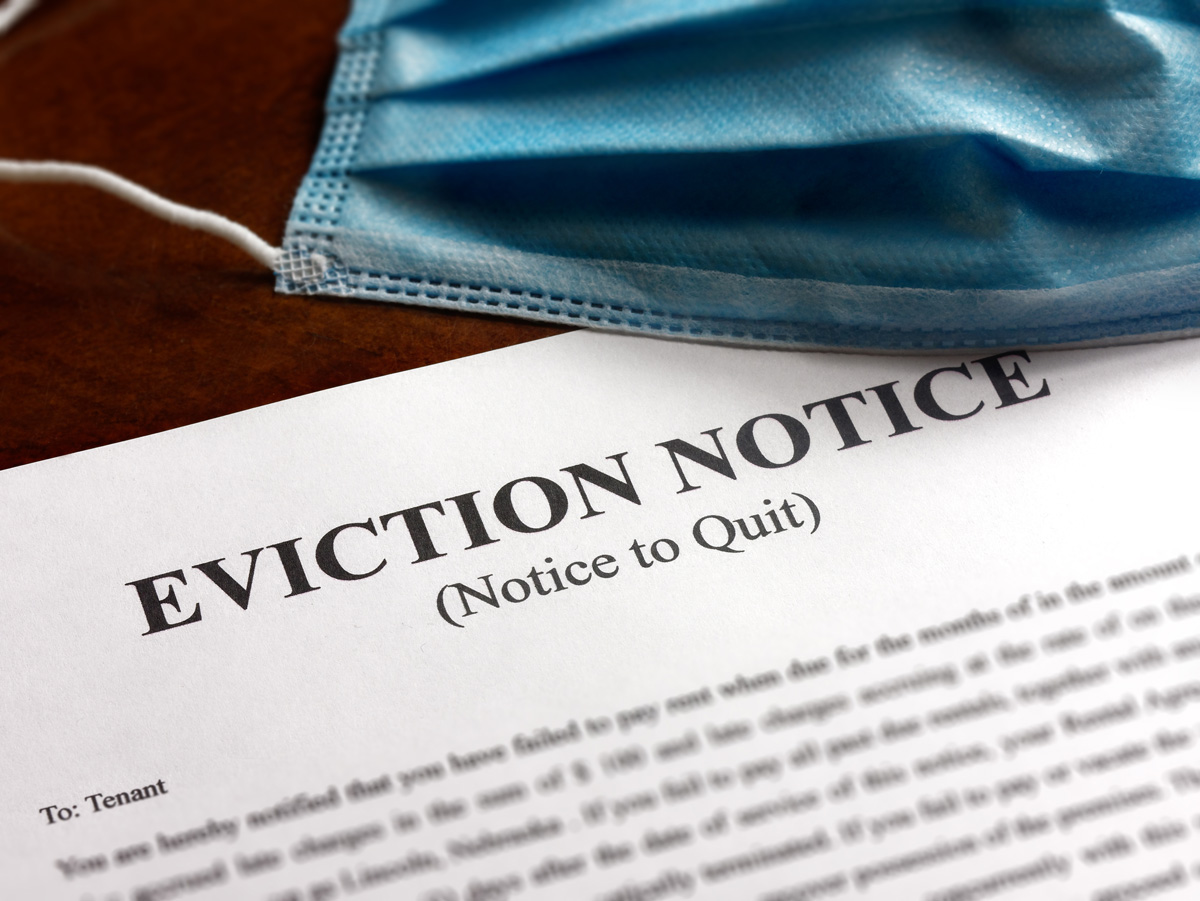 Evicted author and acclaimed researcher Matthew Desmond recently mentioned on Twitter that 34% of Milwaukee renters who received an eviction notice moved without going to court. That’s a very stark statistic when you consider the fact that more than 10 million renters have fallen into delinquency as a result of our flawed reaction to the pandemic. This accounts for nearly 20% of all renters nationwide.

With the average delinquent renter being behind by approximately four months, the looming eviction crisis is neither exaggerated nor far from the horizon. Tens of millions of USA tenants stand to be evicted at this very moment.

So, while you sip your coffee and scroll through your daily dose of news, know that somewhere nearby a child cries from behind a barricaded door while his mother frantically packs his teddy bear collection into a 50-gallon-trash-bag and rushes the whole family into their new place of residence: their minivan.

But wait a minute, isn’t there a temporary halt on eviction right now?

There absolutely is. That hasn’t stopped big real estate from resorting to scare tactics that tenants might not recognize as both deceptive and illegal. In a previous post, I explained a recent debacle my family went through when our landlord, Greystar Properties, an investment entity that never misses out on the chance to gloat about being the “global leader in rental housing”, attempted to evict us during a frigid winter storm, in the middle of the Pandemic, while an eviction moratorium was in place, and with full knowledge that we were all positive for COVID-19. 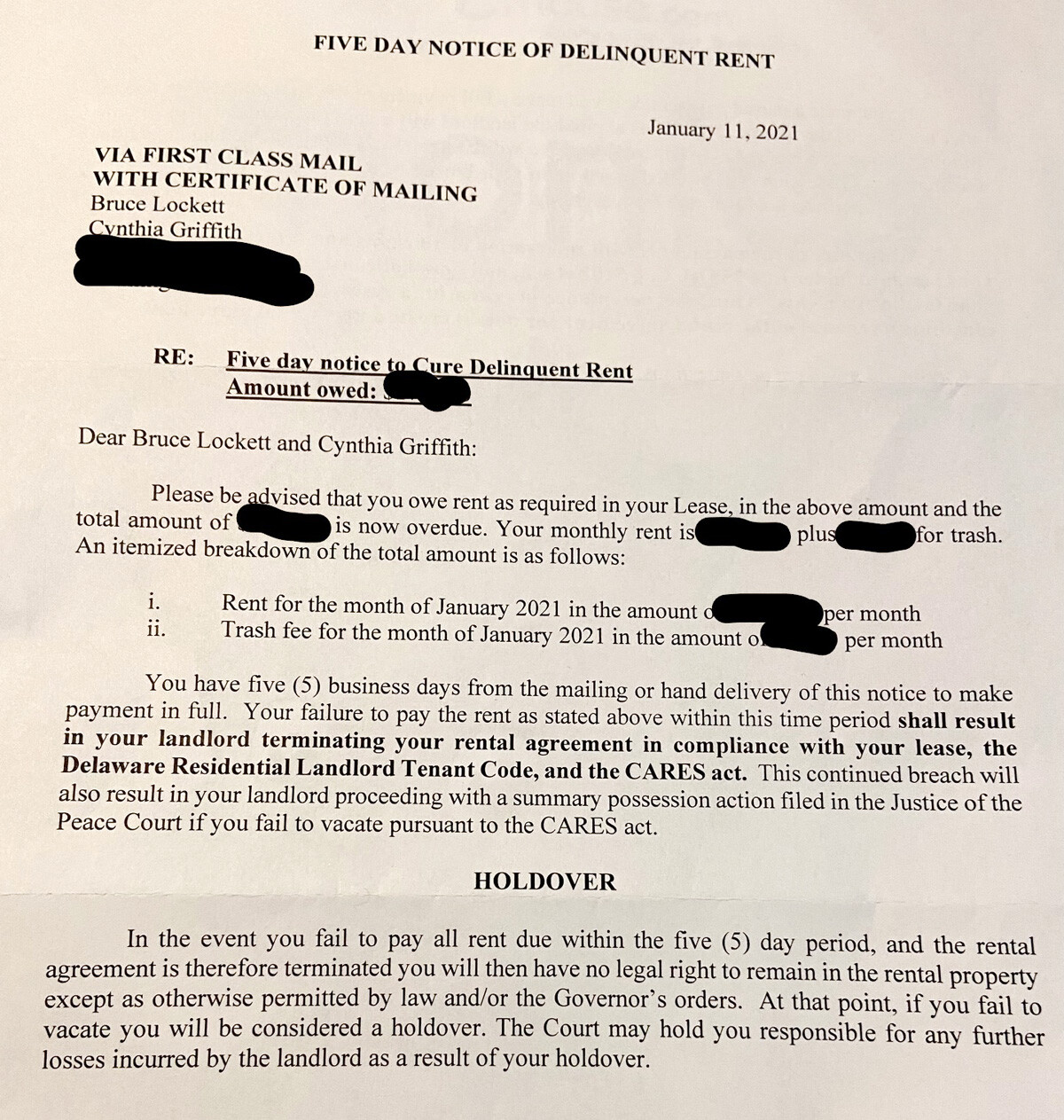 Today, I would like to delve deep into the verbiage used in the letter they sent us when we were just 11 days behind on our payment. Here you will see which tactics were used and whether they were illegal, deceptive, or worse.

*Please note: Greystar Properties alone manages more than 713,000 rental units right now. If my family got this jaw-dropping letter when we were just 11 days delinquent and had previously issued them a CDC declaration form, imagine how they might be treating a tenant who hasn’t paid rent in months who might not be aware of their rights or their need to file for certain protections. And this is only the beginning. Massive real estate conglomerates like this set the precedent for everyone else. So if they’re willing to ignore the eviction moratorium, other companies with an equal or smaller number of properties in their portfolio will likely follow suit.

1) Illegal & Deceptive: The Letter in Its Entirety

Before we even discuss the prose, it’s important to note that the letter, which suggests that the recipient has “no legal right to remain in the rental property” if they do not make their delinquent payment in full within just five days, violates recent legislation. According to a representative from the Delaware State Housing Authority, it is illegal for any landlord to kick a tenant out without a court order. Furthermore, most courts are currently refusing to even hear eviction trials.

If you scroll through the Justice of the Peace Court website, you will find the following statement written and available to the public:

The website then goes on to explain that the courts are prohibiting eviction action and encouraging mediation. So not only does the tenant have the right to remain in the property while a trial is pending, but they also have the right to:

2) Illegal: Kicking Tenants Out Without a Court Order

Self-help eviction is an eviction where the landlord attempts to skirt around the court system and kick a tenant out by using shifty backdoor tactics. Some of the most common of these include:

This letter comes across as very threatening. It heavily implies that there will be some kind of penalty (likely financial) for any tenant who refuses to pay the rent or vacate in the next five days. Consider the following statement as an example:

“…if you fail to vacate you will be considered a holdover. The court may hold you responsible for any further losses incurred by the landlord as a result of your holdover.”

How incredibly ominous a predicament, to be considered a holdover and to become responsible (presumably financially responsible) for further losses incurred by the landlord. Can you imagine how a statement such as this might sound to an individual whose rent is several months delinquent? The threat of owing even more money on top of the back rent and the court fees and the late fees? Now, there are all these miscellaneous losses incurred by the landlord to worry about. Given the gravity of the situation, is it any wonder why all these renters in Milwaukee are fleeing properties they legally have the right to remain in safely? But there’s more…

Never underestimate the power of blank space on a page. A thorough read of this letter and you will have some insight into things the landlord claims the tenant is responsible for. However, there is no mention whatsoever regarding things that the law says the landlord is responsible for, like proving that the property is exempt from the moratorium. As a point of reference, most properties are not exempt, meaning most landlords cannot evict tenants at this time.

Worse still, the letter doesn’t even mention the government-mandated halt on evictions, the extension date of the most recent eviction moratorium, or the fact that the tenant must submit a declaration of moratoria (which lawyers refer to as a CDC form) to be protected. In my family’s case, we emailed our declaration of moratoria. Greystar Properties chose to ignore our email and carry on with these shenanigans.

Perhaps the most scandalous line in the entire letter is this one:

“Your failure to pay the rent as stated above within this time period shall result in your landlord terminating your rental agreement in compliance with your lease, the Delaware Landlord Residential Tenant Code, and the CARES Act.”

You don’t get to break the moratorium and the law and then tell your tenants this is following the CARES Act. The CARES Act was written to protect renters from COVID-era eviction so that greedy corporate criminals couldn’t take advantage of the crashing economy and expand their empires by creating a generation of homeless infants and children. Mentioning the CARES Act in a letter that attempts self-help eviction is like stealing someone’s purse and then telling them they have the right to remain silent. The Miranda rights are meant to detain criminals, not to silence their victims.

This is why we need to #CancelRent and strengthen eviction moratoriums. Big Real Estate continues to prove that they only act per their bank accounts. Talk to your representatives about penalizing landlords who break the law rather than criminalizing homeless people for engaging in life-sustaining activities. 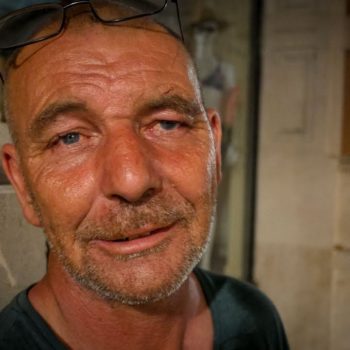 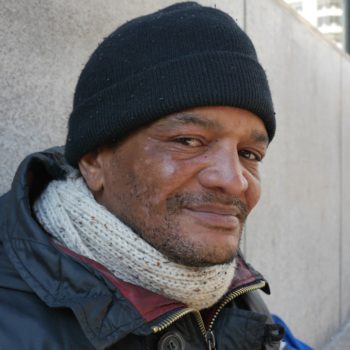