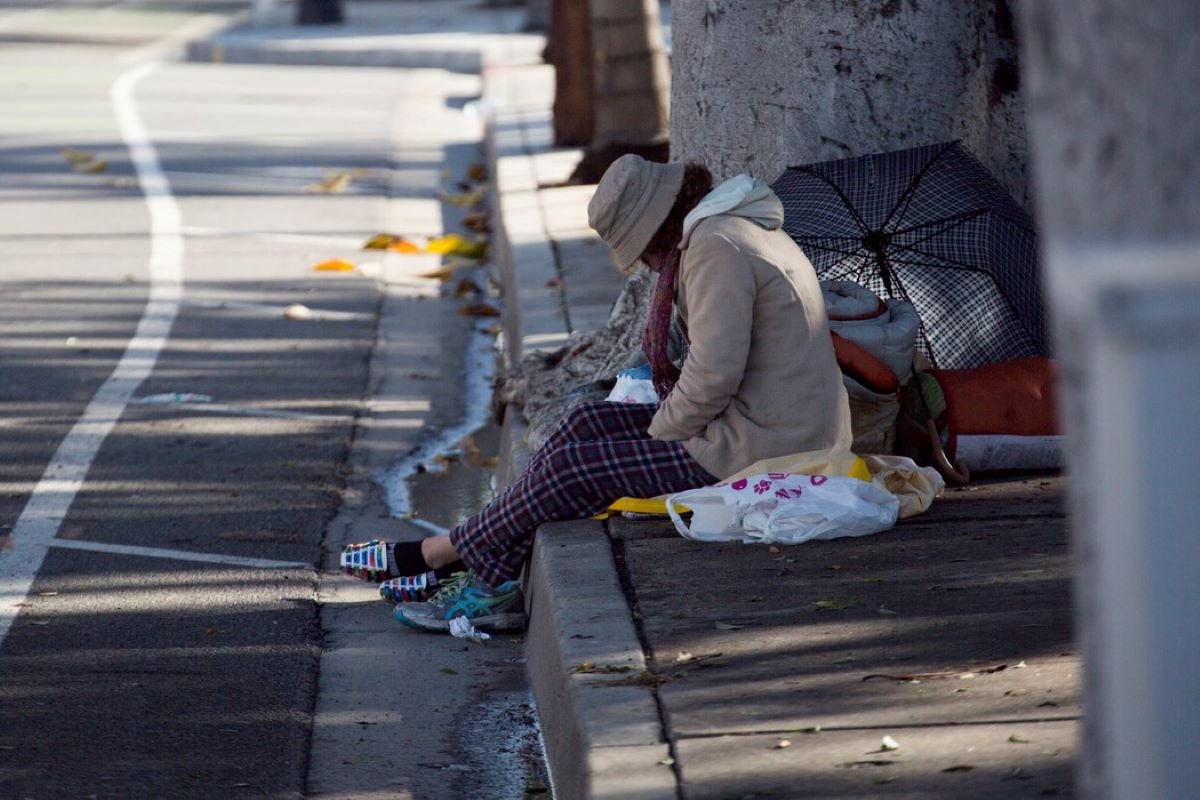 “Back in Arizona, it was like, off and on since I was like 9 years old,” Robert told interviewers at Invisible People when asked how long he had been enduring the hardship of homelessness.

Throughout his candid interview, Robert went on to describe his life, a patchwork of crises woven together – rats carrying medieval diseases, parental abandonment, stay-away orders, separation from loved ones at shelters, dealing with issues of extreme physical and mental illness, and the myriad of perils attributed to spending the majority of his life outside.

So many people hone in on the things homeless people occasionally get for free, rarely realizing that this state of living comes at a hefty price. From ever-looming threats of brutal physical violence to unimaginable psychological trauma, one thing is clear:

Imagine the pain of watching the world move on without you. The city stirs while you sleep on a makeshift mattress somewhere between the empty streets. Imagine waking up invisible and walking through life ignored. We all know that feeling of being alone in a crowded room. Imagine if it never went away.

The psychological toll of homelessness cannot be understated. It isn’t fully understood even among professionals. Mental illness increases the risk of houseless status. At the same time, enduring homelessness increases the risk of mental illness. Because of this, it’s hard to determine which came first, the trauma or the turmoil. What is clear is that homeless community members have higher rates of:

Studies show that traumatic events endured while living unhoused – things like witnessing or becoming the victim of a violent attack – can haunt a person for years to come. Even if they obtain housing status later on, mentally and emotionally, they might never be the same.

Flashbacks are common. Nightmares are frequent. Dreams are shattered. Reality itself becomes a crushing weight.

Homeless hurts, waging war on the thing we need most to function – the mind.

As mentioned above, physical assaults are much more common for homeless individuals, particularly those living unsheltered.

According to researchers from the National Health Care for the Homeless Council and other community health clinics, homeless people experience violence at drastically higher rates than their housed peers. Incidents range from robbery to rape, from assault to kidnapping, to really egregious attacks such as arson and homicide.

Nearly one-third of all unhoused people will report experiencing or witnessing violence, while many more will simply shoulder the pain in silence.

Homeless Hurts: Losing the Self to the System

The life of a homeless person is transient, always moving out of the way but never moving out of the condition. Such is the cycle for far too many people who have sacrificed the self to the system. In the frenzy of move-along orders and sweeps, of tickets, seizures, and court fees, unhoused individuals and families might lose all worldly possessions. This occurrence can occur repeatedly until the thought of possessing anything becomes a fleeting fantasy.

Without these vital documents, homeless people lose access to the system as well as their own self-identities. Essentially, they go on to be nameless in the eyes of the government and invisible in the eyes of the public. Along the way, they might also lose prized possessions that had sentimental value, items that were placeholders of the lives they used to lead.

Homeless hurts. A sea of loss. A broken, faulty system.

Homeless Costs. At Times, It Even Kills.

The next time you see a homeless person get a “free” meal or a “free” hotel room, or a “free” key to supportive housing, stop and consider the price they really paid.

When you tally up the scars, and you calculate the tears, it is clear that homeless costs. When you read the homeless homicide rate, you’ll see it even kills. Those resilient enough to endure this unimaginable hardship for years, decades, and even lifetimes are occasionally given something “free.” Why don’t we ever talk about what it cost them?

Homeless costs. It even kills. A trail of lost memorials.

Talk to Your Representatives About Making Housing a Human Right

Now that you know how harrowing homelessness can be for the people living inside it, it’s time to talk to your representatives about making housing a human right for all.