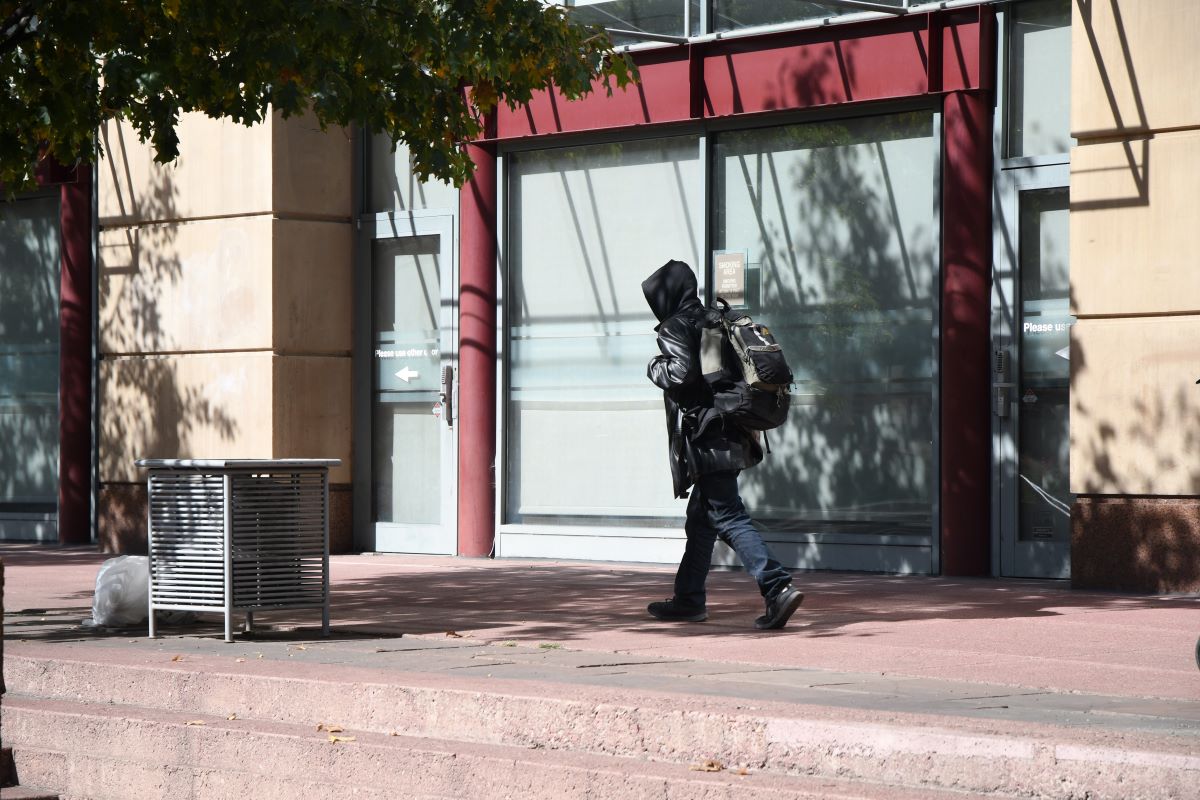 While getting fuel for my van recently, a van like mine pulled up to the pump next to me. A man got out and said he loved this model van, but it uses too much fuel. I told him I agreed but that I didn’t have a lot of choices in my case. If I downsized to a car, I’d be worse off than I am.

We drove to the side where there were parking spots and talked for a bit, comparing notes. He shared that many times during his experience with homelessness, he sat there thinking:

This is true for many of us. Our thoughts often get more and more desperate as time goes on and hope wanes. At the beginning of the journey, it’s much easier to be optimistic and think it’s all temporary. But after months turn into years, and you see yourself falling apart – rapidly aging and becoming more and more hopeless – you find optimism to be an enemy that brings false hope. Thoughts of ending it all become increasingly more comforting.

When I asked this man what happened to him, he told me an all too familiar story. He was in an accident and has suffered from issues with his back and legs ever since. He could no longer make a living performing physical labor as he had before his accident. His disability allotment was too small to keep his apartment. He left his old neighborhood and moved to my area because a cousin invited him to stay with her. Unfortunately, she suddenly got cancer and soon after died. He could not afford housing and ended up living in an old van for several years until he eventually found a situation.

I chimed in, “and there was no history of drug or alcohol use?” He quickly answered, “No. I don’t even like taking that over-the-counter stuff for pain.”

I agreed and told him that I also have no history of substance abuse but how prevalent the myth is among outsiders. He agreed.

With homelessness over a decade in his past now, he can see it from a different perspective. While he admitted he doesn’t know why he was meant to suffer through homelessness, he believes it did him some good. It made him a lot more humble and compassionate, he said.

Before his accident, he confessed he was a cocky and selfish young man. Well, there is nothing like going days without a shower and having to beg for help from strangers to remind you of how small you are. Dare I say, if everyone had to experience homelessness at least once in their life, compassion for those who get priced out of housing would increase incredibly. Without experiencing homelessness, people simply cannot relate. Imagining what homelessness is like cannot measure up to actually living through it — especially trying to imagine being homeless with disabilities and special needs.

Trying to figure out “why did this happen to me?” you may discover some truths, but just as many unanswered questions.

As a homeless person watching everyone else around you go on with their lives, you have so much time to think about such things.

You also begin to appreciate how stupid so many “first-world problems” actually are. People I know agonize over ridiculous things. One example is being unable to find the right shade of mauve curtains to match the guest room before their in-law comes to visit. Another example is complaining they couldn’t get gardenias in the color they wanted for their flower beds. How petty their “agonies” sound to a homeless, disabled person. Perhaps one of the “benefits” of years of homelessness is the ability to see petty problems as nothing more than that. Pointing out, “Be grateful that you even have a home, regardless of the color of the curtain!” is a waste of time. People dismiss that.

Please don’t misinterpret me. Being housed does not shield you from tragedy and catastrophic problems. However, dealing with tragedy and catastrophe can be a lot easier when your life is otherwise stable. When homeless people experience tragedy and horror, it further destroys them at a point when they are already worn down emotionally and physically.

Because of this, I speak so often about the need for proper housing for disabled individuals and people with special needs who are homeless. The man I was speaking with agreed. It is not enough to stick somebody in four walls and call the case “closed.”

I shared the situation my friend is going through. She is a woman with many disabilities and disorders placed on the second floor of a subsidized apartment complex in a high crime, run-down area. She’s trapped there without an elevator. Day and night, she is inundated with constant loud noises, heavy-bass music blasting, smoke coming into her apartment, violent neighbors, and not a minute’s peace. She cannot even safely receive packages because they get stolen from her door.

Having suffered from depression, anxiety, and PTSD before becoming homeless, her mental issues were already destructive. Then she experienced the horrors of living in a car with her daughter and dog for half a decade. Being placed in her current situation has only made matters worse! Her asthma is worse, but the smoker downstairs doesn’t care (even though it’s a smoke-free building). She’s called the police, but nothing changes.

Most people don’t care about homeless people, much less those who are disabled. They cannot relate to special needs. Even those who agree we need more low-income housing do not want it built near them. Perhaps the rude, disrespectful, and law-breaking people in my friend’s building even reinforce this position of NIMBY (Not in My Back Yard).

In the end, without compassion and a way to relate to homeless people like me, there is no hope that any of us in this boat will ever do anything but sink.