Judge Removed from Case for Showing Empathy to Homeless People 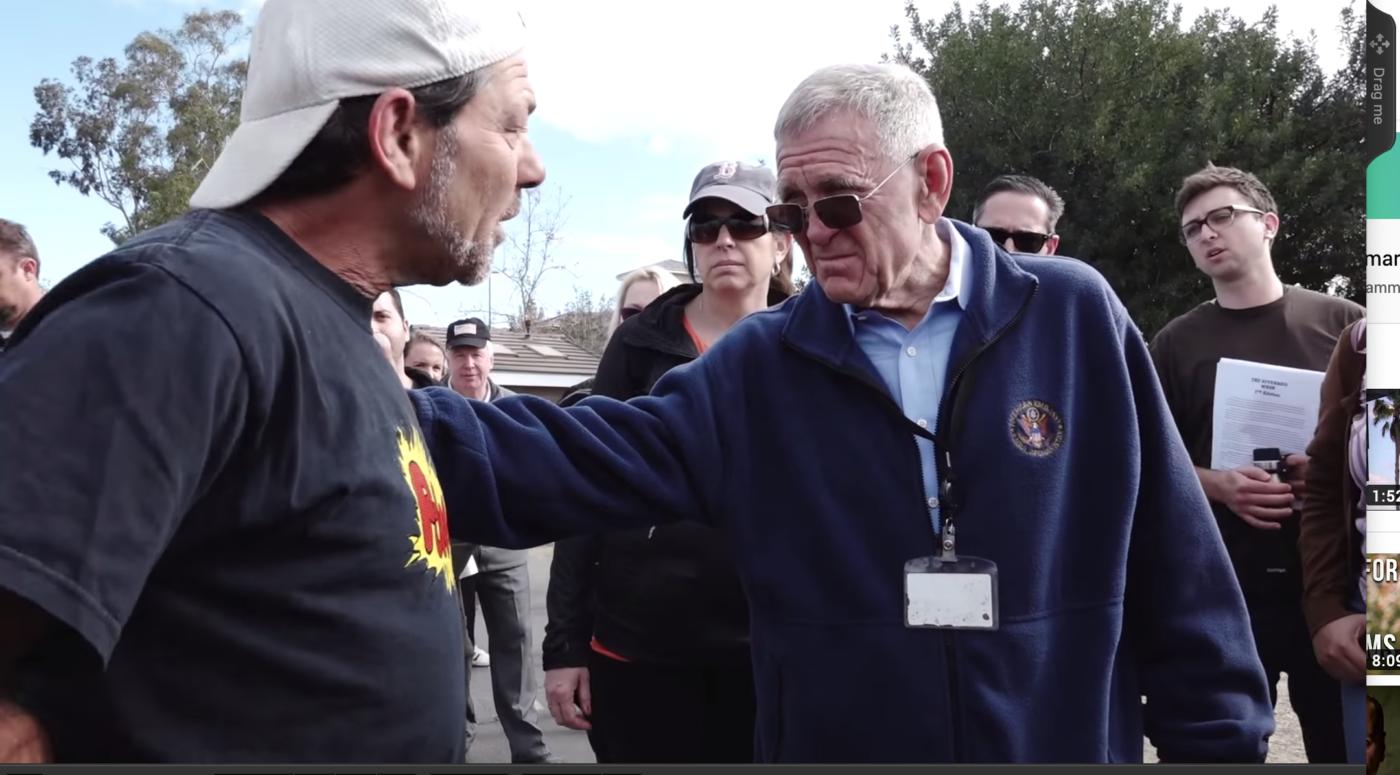 The gavel came down hard in South Orange County, California on Friday, June 14th, 2019, when beloved Judge David O. Carter, known for making positive strides to help reduce homelessness, was removed from a case due to his positive efforts and mission. The case he was removed from involved several homeless people intending to sue the cities of San Clemente, San Juan Capistrano, Aliso Viejo, Dana Point, and Irvine for mistreatment and an insufficient number of shelters.

Had the case been heard fairly and ruled in their favor, the cited cities would have been forced to face their homeless issues head-on and perhaps even resolve them. Outrageously, the general public did everything in their power to prevent such a positive outcome.

It Is A Devastating Day When Kindness Is Likened to Bias

To put things into perspective, US District Judge David O. Carter has a reputation for putting in legwork to reduce homelessness within the region. In a recent similar and monumental case, his ruling inspired $100 million worth of funding to programs aimed at:

When asked what motivated him to rule in favor of the homeless population in a now legendary civil rights suit filed in 2018, he pointed to the escalating, and oft-expiring population of homeless people in the area.

“I’m afraid of more people dying,” he bluntly stated in an interview with the Los Angeles Times.

This sounds like the kind of statement we all would hope to hear from a man overseeing courtrooms and policies. Amazingly though, a fellow district judge by the name of James V. Selna, found fault in this character. He claims Judge Carter is “not unbiased” enough to hear this new case, which also relates to the homeless population in the Orange County region. This certainly throws a wrench into an otherwise ground-breaking court hearing. But this particular case speaks volumes to the overall injustice displayed by Orange County cities and residents alike.

Judge Carter Previously Ruled in Favor of Homeless People and Got Some Cities to Shift Their Focus in More Positive Directions. Is This Not What the People Want?

Since addressing the homeless crisis in Orange County, Judge David Carter has spoken of a three-year plan. He’s expressed intentions to build more than 400 shelter beds. He’s brought attention to issues that adversely affect the homeless population. Issues like:

This judge has been praised not only for his efforts in the homeless advocacy sector, but also for his legal prowess. He has been trusted to preside over multimillion-dollar lawsuits with big names attached, such as MGA Entertainment v. Mattel and Barnet v. Obama. The latter case challenged the natural-born citizenship of then President Barak Obama. Yes, we trusted Judge Carter to make a just decision regarding the very president of the United States.

He also presided over the Mexican Mafia trials, which broke records for being the historically longest criminal trial in that region. This judge has taken on the Aryan Brotherhood, dealt with cases charged by race, gender, and/or sexual identity. He’s divvied his fair share of one-of-a-kind rulings.

After serving in the Vietnam War he received not one, but two, Purple Hearts. In 2011, The Orange County Register called him the “hardest working judge”. Yet, as soon as he showed compassion toward the homeless community, his motives were questioned, his reputation tarnished.

This ruling is, indeed, misleading, because Judge David O. Carter has not given a single bias claim regarding the homeless community in Orange County. He has simply stated hard-to-swallow truths. In January, he referred to the increase in fatalities in the homeless population as a “public health crisis”. It is. The number of homeless people dying on the streets of Orange County has more than quadrupled in less than a decade.

Judge Carter has said that anti-camping and loitering laws should not apply to homeless individuals who have been denied sheltered. This is the general, agreed upon, national understanding, not a conservative or extreme stance on the issue.

He has claimed that homeless people desperately need health programs in Orange County. Statistics do, in fact, support that claim:

We must be careful with verdicts like this that can easily mislead the public. Expressing disdain for a growing social crisis is not the same thing as expressing partiality. Expecting actionable results from authority figures is not the same thing as exhibiting bias against them. Truth should never be held captive in a system that claims justice. And the liar and the honest man are not cut from the same cloth.

This Verdict Isn’t Just Against the Judge in Question. It Serves to Question the Entire Homeless Population.

Harmful messaging has sparked a growing opposition, not to homelessness, but to homeless people. This is a dangerous narrative that, if unchecked, could widen the gap between the rich and the poor more than it already has.

As the general public is bombarded with absurdities such as the idea that homelessness is a choice, or that homeless people are lazy, crazy, or violent by nature, we begin to dehumanize this community that suffers from a system failure, not a lifestyle choice. We already witness everyday residents likening homeless people to insects and animals. This is a tactic long used to fuel mass genocides, mass oppression, and concentration camps. More homeless people are dying in Orange County. They are people like you and me.

Show your support for Judge David O. Carter and for the homeless population by contacting your legislators regarding this pressing issue.