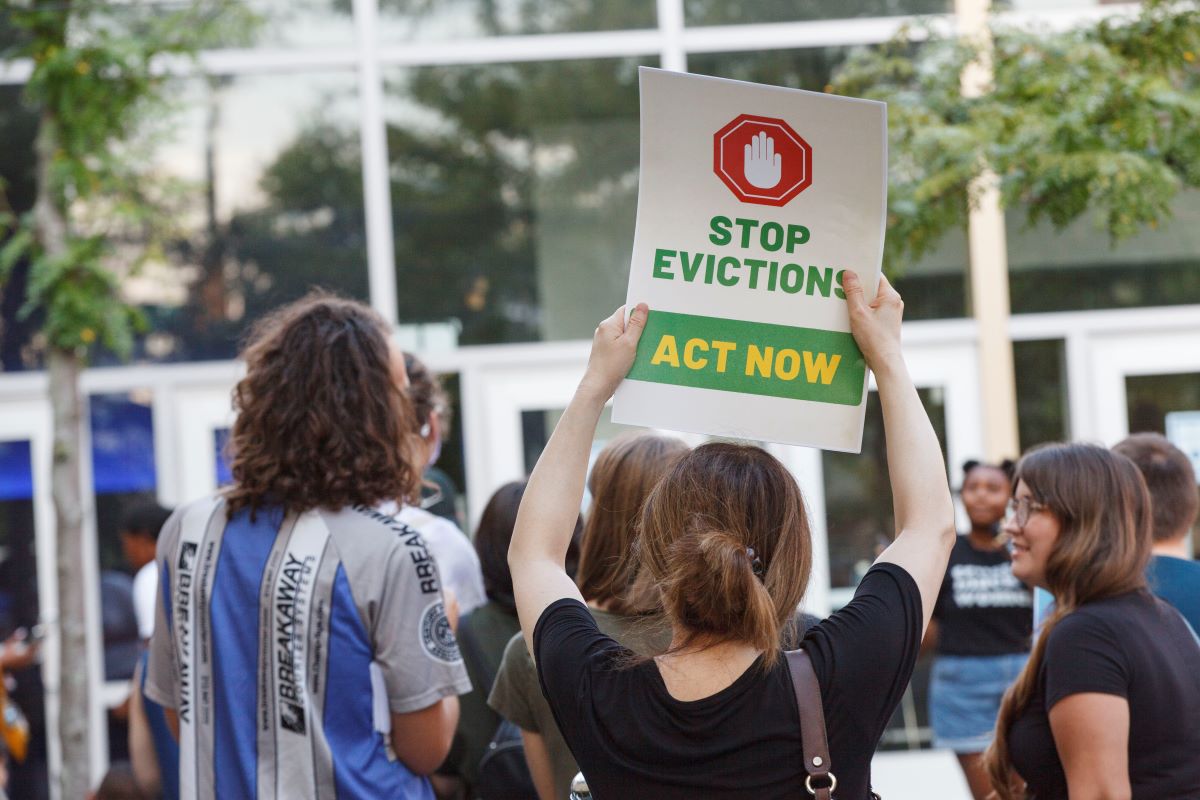 While Eviction Filings Unevenly Increase Across the Nation, So Far They Are Below Historic Levels

The report compiled filing data from Eviction Lab’s Eviction Tracking System, which monitors 31 cities in six states. Overall, the report found a 20% increase in eviction filings during the three months following the Supreme Court’s ruling, although the total number of filings remains far below pre-pandemic levels.

It also found that eviction filings increased in 23 of the 31 cities it tracks. Houston, Texas led the way with a 39 percent increase, followed by New Orleans, Louisiana at 33 percent and Milwaukee, Wisconsin at 31 percent. One reason for this disparity that the report points to is these cities have fewer protections for renters.

“Much of this variation between cities was evident before the Supreme Court struck down the [Center for Disease Control’s] moratorium,” the report says. “Since that time, filings have also increased more quickly in some cities than in others—that is, some have more rapidly trended toward pre-pandemic ‘normal’ eviction filing volume.”

While the total number of evictions nationwide is still below its historical average, the report identified “disturbing trends” in several cities. For example, Las Vegas’ eviction filing rate has surpassed its historic levels by 26 percent. Meanwhile, cities like Houston, Texas; Gainesville, Florida; and Columbus, Ohio, have seen eviction filings increase to 85 percent of their pre-pandemic levels.

Julia Orduña, the Southeast Texas Regional Director for Texas Housers, a housing policy nonprofit, told Invisible People that one reason why Houston’s filing rate is increasing is that Texas has walked back many of its legal protections for renters.

For example, the Texas Rent Relief Program—which distributes federal coronavirus benefits at the local level—stopped taking applications in early November, citing “overwhelming demand,” according to a report by the Texas Tribune.

Meanwhile, a new state law recently went into effect that shields landlords from liability during a “writ of possession,” a legal term for the forceful removal of a tenant that has failed to leave a property following a court order. Tenant rights advocates told Spectrum Local News that the law allows landlords to get away with reckless behavior.

“We must remember that evictions of low-income people in the U.S. were a crisis before the pandemic,” Orduña said. “It has been well established and researched that evictions lead to tragic outcomes for low-income families, in terms of financial, health, and educational stability.”

New York also has its own eviction moratorium in place until January 15, 2022. However, if it is not extended, Rasmussen worries that it “will drive eviction rates up precipitously across New York City and State.”

The report also found that some cities have done a good job assisting local renters despite seeing an increase in eviction filings. For example, Cleveland, Ohio, saw its filing rate grow from 37 percent of its historical average to 48 percent even though the report credits the city’s right to counsel program for stemming many evictions.

“Cleveland has done a really good job of getting money out the door via rent assistance,” Hazel Remesch, managing attorney of Housing at The Legal Aid Society of Cleveland, said in a statement. “Even though the system itself is still very burdensome and very difficult for tenants to navigate on their own, there has been a big push to get money into the hands of landlords.”

Other programs that have positively impacted eviction filing rates include income support systems like the Child Tax Credit and expanded Unemployment Insurance benefits. These programs created expanded cash reserves for many low-income families. However, these reserves now appear to be shrinking.

According to the latest data from the Census Bureau, the number of renters reporting being “very likely” to be evicted within the next two months grew by 29 percent to 1.4 million between the weeks ending on September 27 and October 11.

The report concluded that the feared “eviction tsunami” following the end of the federal eviction moratorium has not yet occurred. However, it cautions that “this does not serve as a prediction of what will happen over the coming months.”

“In the long term, we need to take the lessons learned from the Covid crisis to develop a compressive strategy to ensure that there is stable, affordable housing for everyone,” Orduña said.

Contact your representatives. Tell them you support keeping many of the pandemic-related aid programs in place for future use. They have proven effective at keeping people housed, which is the first step to ending homelessness once and for all.