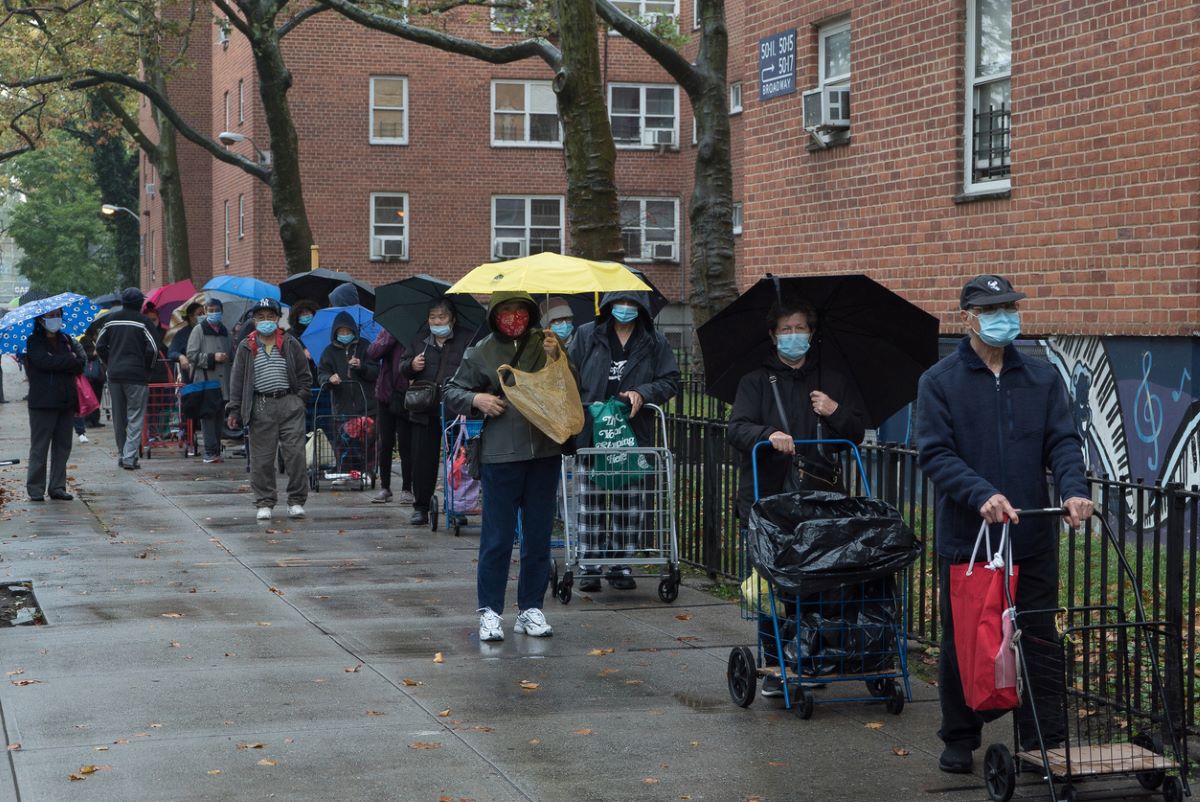 A recent investigation by the nonprofit news organization ProPublica revealed that states are holding more than $5 billion in welfare aid as poverty rates increase across the country.

The investigation analyzed data from the federal Office of Family Assistance about state funding for the Temporary Assistance for Needy Families (TANF) program. TANF is the program that is most associated with the colloquial term for “welfare.” It provides eligible families with advanced monthly cash payments that they can use to cover job training expenses, marriage fees, and rent or utility payments.

The federal government provides TANF funds to the states in a block grant or lump sum each year. More than $700 million was added to the distribution in 2020. States have broad discretion as to how they deliver the funds to those in need, and many states have used the funds to fill budgetary gaps.

For example, Colorado spent more than $100 million of its TANF funds on early care and education programs. These programs have been a focal point for both Governor Jared Polis and Lt. Gov. Diane Primavera. For comparison, the state used just $20 million for its basic assistance and short-term benefit programs. The state also had an unobligated balance of more than $84 million at the end of Fiscal Year 2020.

Other states such as Hawaii, Tennessee, and Maine hold the most TANF funding. Altogether, these states hold more than three-quarters of the total TANF money that remains unspent from last fiscal year.

Less Applications, Yet Need Is Growing

Several state administrators told ProPublica that one reason why their agencies have so many TANF reserves is that they are seeing less applications year-over-year. One administrator from Tennessee said the state Department of Human Services accumulated $790 million in reserves “over a period of years” as the number of applications dropped from 68,000-plus in 2006 to 18,000 last year.

But the number of applications received for state TANF funds is not representative of the need, which by many accounts is growing.

According to data from the Census Bureau, the official poverty rate was 11.4 percent in 2020, up more than one percent from the previous year. More than 32 million Americans currently live below the federal poverty line.

The data shows that female-headed households with children under the age of six make up more than 46 percent of the households living below the poverty line.

Meanwhile, the number of families facing financial hardship has dramatically increased after the expanded Child Tax Credit expired on January 1. This program provided families with monthly payments of up to $300 per child between June and December 2021.

Columbia University’s Center on Poverty & Social Policy found that child poverty increased by 4.9 percent between December last year and January of this year. This increase accounts for more than 3.7 million children that are now living below the poverty line.

The expanded Child Tax Credit was so successful at reducing childhood poverty rates because most of the families that received the monthly stipend used the money to pay down debt.

Providing additional funding support for housing and food costs are two of the ways the Child Tax Credit helped reduce the risk of homelessness for millions across the country.

Without aid programs like the expanded Child Tax Credit in place, researchers at Columbia University expect the child poverty rate to increase throughout 2022. This could have devastating consequences for children in households that can no longer pay for stable housing, healthy food, or other necessities.

This issue is compounded by the hoarding of TANF funds at the state level. Although many have already pledged to disburse the funds, it is getting harder for millions of families to keep waiting.

The pandemic proved that we need to rethink housing in the U.S. It also showed that aid programs work when agencies and service organizations receive sufficient funds and clear guidance on spending aid dollars.

Contact your representatives. Tell them you support keeping many of the pandemic-related aid programs in place for future use. They have proven effective at keeping people housed, which is the first step to ending homelessness once and for all.