I first met Arien two years ago while walking around Hollywood giving out socks to homeless people. She shared candidly about the abuse homeless women experience living out on the streets. You can watch that first video here.

The first two times I connected with Arien happened organically. You can watch her second Invisible People here. Arien mentioned attempts to kill herself that prompted the Los Angeles Homeless Services Authority (LAHSA) outreach team to go visit her. They helped her with clothes and hygiene products and placed Arien on a housing list, but there are tens of thousands of homeless people in Los Angeles and not nearly enough housing to get people off the streets.

Invisible People facilitates an online support group for homeless people. Arien and I became friends on Facebook. My last visit in February was rearranged. Arien wanted to update her story. In this video, she talks about being raped on her 3rd day of homelessness.

I never wanted to hit the milestone of a 3rd video with the same homeless person so a 4th interview with a young homeless woman is not something to celebrate. It’s disturbing that in a few years time Los Angeles could not get Arien out of homelessness.

This time of year communities release their PIT (point in time) homeless count numbers. Many cities like Los Angeles will add some spin to the information to hopefully give an impression to the general public that some success in fighting homelessness is happening. Truth is, no matter what the PIT number is it’s just a number. Just one homeless person sleeping outside is a tragedy.

Here is Arien’s GoFundMe if you’d like to help support her. 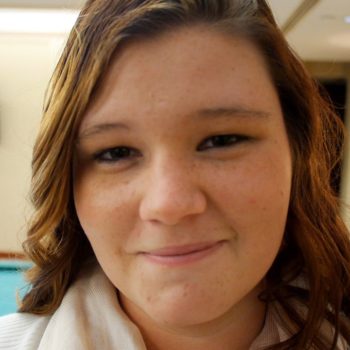