Last winter shelter season my eyes and heart opened up to the horrible plight of sex offenders living on the streets. Our street outreach team was called to find shelter for a man. He was a registered sex offender, so he wasn’t allowed to stay at the winter shelter. He had done everything right, reported to the police and the shelter workers. But there was no shelter that would allow him to stay.

No matter what you think of the crimes this man committed, he had served his debt to society and was adhering to the terms of his punishment. Still, finding housing – even emergency shelter – proved nearly impossible.

Up until that time, I had rather a hard stance on this subject. I thought sex offenders were dangerous, a threat to society. Who cares if they have to continue paying for their crime once their jail time is up? But one look into this man’s eyes gave me a different point of view; he was so filled with hopelessness, so beaten down from trying to survive. It’s a difficult memory.

I met Tim in Cleveland, Ohio. He’s trying to make something of his life. But as a sex offender, it’s nearly impossible for him to find the help he needs.

I don’t know what Tim did to become a registered sex offender. But I believe an equally heinous crime might be our own society allowing people like him to suffer on the streets, sex offender or not. 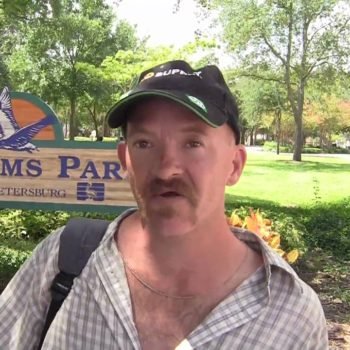 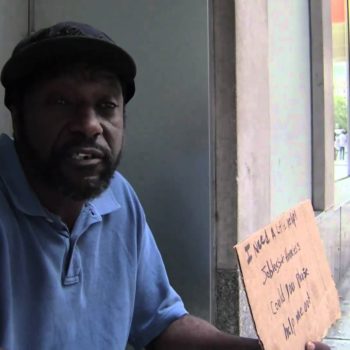