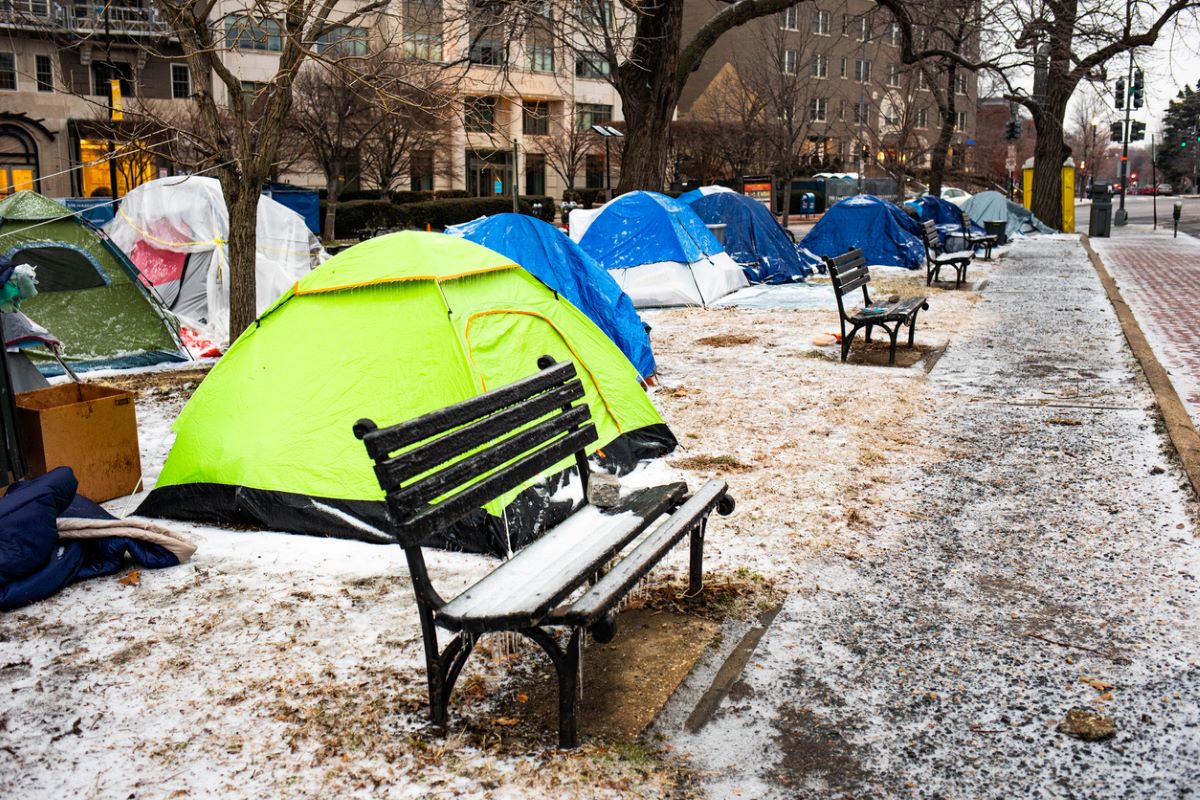 The state of homelessness in America is devastating. According to World Population Review, the United States is still technically the wealthiest country globally, with an unfathomable $18.62 trillion.

The world watches the top one percent clamber onto jet planes in the latest designer fashions, making multi-million dollar purchases as if casually shopping at a strip mall. However, the cameras rarely focus on the abject poverty growing and already abundant nationwide.

Amid all this seemingly invisible poverty, another crisis sweeps our nation at precisely the same time. It is the homeless crisis. Perhaps you know a bit about it already. If not, here’s a recap.

Homelessness has existed in the United States since the dawn of colonialism. It was likely an unfortunate aftereffect of settlements, genocides, and wars. Nationally recognized as a crisis-level problem in the 1980s, it was quickly and inappropriately blamed on the very people experiencing it.

Over the past several decades, there has been an ongoing tug-of-war about handling homelessness. Some politicians move in favor of short-term solutions that merely hide the problem. Other politicians prioritize police interference or criminalization, a strategy that only exacerbates the crisis.

Neither of these “solutions” is effective in homelessness reduction. For one, we are currently short more than 7 million affordable homes. Additionally, wages for middle-income earners have remained stagnant for two decades on end, while lower-income wages have even declined.

The problem is presented as complex, just too difficult to solve. Yet study after study seems to suggest a simple solution – giving homeless people money.

Studies Where Homeless People Are Given Money Often End in Housing. Today, We Present Another One with the Same Optimistic Result.

The prospect of a universal basic income has repeatedly been presented as a possible way to end homelessness with rather optimistic results.

We’ve reported on Miracle Messages and their programs before, including this one in particular. This nonprofit has a winning track record for helping unhoused people to reconnect with loved ones and sometimes even escape the abhorrent circumstances of homelessness by securing permanent housing.

Last year, when 12 unhoused people in the Bay area were handed just $500 per month via the generous nonprofit, approximately one-third of them were able to secure housing right away. This happened much to the utter shock of authorities and even the study’s organizers. Their initial aim was merely to help with food and toiletries while participants sought avenues into housing through the state.

Flash forward another year, and yet another shock has taken hold. Now, on the meager $500 per month, a full two-thirds of study participants have secured housing. The implications of these results are both promising and telling.

This serves as a testament to the utter resilience and resourcefulness of people experiencing homelessness. It also shows that giving homeless people money for an extended period is a long-term solution in the face of other much less favorable approaches.

This study shows that the first group of people to secure housing kept that housing. It also shows that a second group exited homelessness and secured housing in just one calendar year.

To put things into perspective, the average family on a waitlist for housing vouchers can expect to spend approximately two and a half years “in line” for affordable housing. Here, it’s easy to see the benefit of eliminating the middle man.

The Study May be Small, but Its Implications are Huge

Albeit, this study, much like other similar studies, has its share of limitations regarding its size. With just a dozen participants in its initial phase, many say a larger-scale comparable study is necessary to support universal basic income as a long-term homelessness reduction strategy.

While it is true that these studies have been relatively small, the reason for this is not a lack of resources but a general lack of support for our neighbors without walls, aka members of the homeless community.

It isn’t that people believe money won’t fix the problem. It’s just that they don’t want to give anybody anything for free, including, perhaps especially, money.

To put things into perspective, the criminalization and short-term policies currently in place for homelessness are costing taxpayers approximately $2,964 per chronic homeless person per month. These so-called solutions have not so much as put a dent in the homeless crisis.

Indeed, homelessness is currently expanding at unprecedented rates. Here, researchers present a solution that has produced long-term benefits for study participants at a fraction of what it costs to criminalize homelessness and poverty.

Miracle Messages has the right idea. But we must adopt the blueprint on a larger scale to achieve maximum impact.

Now that you see the benefits of giving homeless people money to aid them in obtaining and keeping housing, make sure your legislators are aware. Contact them today and find out their plans for creating a future where everybody has a home.